Indie-Folk artist, Greater Alexander, held his much anticipated song and video release party from his upcoming album, Bag of Bones, at Signal Return Letterpress Studio in Detroit on Sunday, February 15th. Held on Self Awareness Day (S.A.D), Greater Alexander brought to light the importance of one’s own mindfulness, as well as the time line the creative process falls on and how the music industry affects that development.

The intimate event began with the introduction of “The Beard Video” in which the audience enjoyed a short clip of two years worth of Greater Alexander’s beard-growing journey. The presentation gave an inside look at Greater Alexander’s long trek to the creation of his debut album, as well as an understanding of the online music industry and what it takes to be successful in such an avenue. 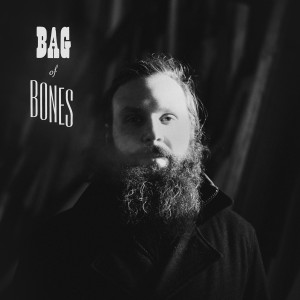 Alexander’s live performance featured songs from his first album, Positive Love, and new songs from Bag of Bones including the single “Bag of Bones”. All of the audience’s senses were engaged between Greater Alexander’s melodic live music, live painting, and dimmed lights with paper lanterns hanging about the Studio’s workshop, giving an all over warm and inviting atmosphere.

To hear more from Greater Alexander and up coming events, visit Greateralexander.com and for more information on Signal Return Letterpress Studio, visit signalreturnpress.org.

She can be contacted via Email at: Jenna@GreeningDetroit.com