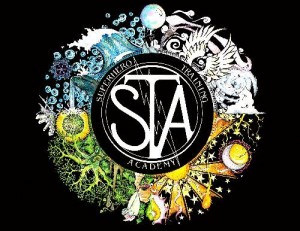 At Superhero Training Academy, we empower kids to fly. We honor the genius and dreams of children, unleash their gifts as superpowers, and challenge them to be the change they wish to see in the world. With confidence, creativity, and capes, superheroes build positive character values, break through the impossible into daring adventures, and give joyful service to others.

Superhero Training Academy is exploding like never before. This summer, STA launches 3 Quests, 3 Superhero Camps, 4 Force Camps, and the second annual Superhero Olympics. Interested in the incredible? Join us for adventure, creativity, and character building. And, of course, force fields, freeze rays, and a few supervillains

In 2003, the journey began in the New Mexico wilderness. Superhero Training was reborn at the Gesundheit Institute in West Virginia, flew into public schools in Michigan, zipped out to Red Cloud Indian School in South Dakota, and joined forces with the Possibility Alliance in Missouri. In 2011 STA settled in southeastern Michigan, become a 501c3 not-for-profit, and exploded throughout the region and beyond.