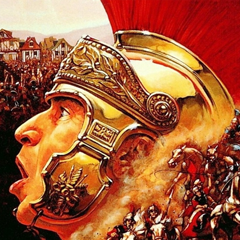 It’s all too common to think only of the future when considering environmental impact or sustainability because, well, we can’t very well change the past. But in order to better understand the future and how to protect it, lessons learned from the past can be invaluable.

The one-time indisputable industrial capital of the world and some would have said the greatest city in America, we can’t let our recent past could our memories of our past greatness or obscure the potential for Detroit’s greatest days still in the future.

“Detroit is a place where we’ve had it pretty tough, but there is a generosity here and a well of kindness that goes deep.” – Mitch Albom

“I’m always looking for something new: a new inspiration, a new philosophy, a new way to look at something, new talent. – Madonna

The following list of 30 Museums in the tri-county area is a good place to start.
Oakland County

Birmingham Historical Museum/John W. Hunter House
556 West Maple, Birmingham, MI 48009
248-642-2817
http://www.bhamgov.org/history/museum/index.php
“The Birmingham Museum (formerly Birmingham Historical Museum & Park) was established in May 2001 and includes the 1822 John West Hunter House and the 1928 Allen House. These historic structures are linked by a public plaza and the gateway to the four-acre John West Hunter Historic Park, dedicated in September 2007. A short walk from downtown Birmingham, the museum is a must-see for out-of-town visitors and residents alike. The Allen House features changing exhibits about Birmingham and its heritage. The Hunter House reflects 19th century pioneer life in the settlement.”

Clarkston Heritage Museum
6495 Clarkston Road, Clarkston, MI 48346
248-922-0270
http://www.clarkstonhistorical.org/?page_id=35
“In 1999, the Clarkston Historical Society opened the Clarkston Heritage Museum in an effort to preserve and interpret their local history. Exhibits are changed twice a year to reflect a new theme. Over 30 different displays have been designed, installed, and enjoyed by the public since 1999. The exhibits always attempt to connect the past to how we live today, because it makes history interesting and relevant.”

Clawson Historical Museum
41 Fisher Court, Clawson, MI 48017
248-588-9169
http://www.cityofclawson.com/your_government/historical_museum/index.php
“The Clawson Historical Museum offers a variety of entertaining and educational presentations and tours, either at the museum or your site. All programs are offered free of charge, and advanced reservations are required. The house that is now the museum was built about 1919 by Oswald and Deborah Fisher and reflects the furnishings of the 1920’s or earlier. The archives contain over 5,000 photographs; a sampling of these are available on the website. A special exhibit room features a rotating display that changes during the year.”

Cranbrook Art Museum
39221 Woodward Avenue, Bloomfield Hills, MI 48304
248-645-3323
http://www.cranbrookartmuseum.org/
“Cranbrook Art Museum invites viewers to discover relevant and transformative moments in modern and contemporary art, architecture, and design. Through their exhibitions, collections, programming, and publications, they bring together people from the region and around the world to provoke new ideas about art, creativity, and the built environment.”

Cranbrook Institute of Science
39221 Woodward Ave, Bloomfield Hills, MI 48303
248-645-3200
https://science.cranbrook.edu/
“Discover the wonder of the natural world and develop a better understanding of the ways in which science impacts our lives each day at Cranbrook Institute of Science. Interactive exhibits, a world-class collection of objects and artifacts, special events, a planetarium and observatory, lecture and educational programs and changing exhibitions offer something for every member of the family.”

Hadley House Museum
306 South Saginaw, Holly, MI 48442
248-634-9233
http://www.hsmichigan.org/holly/museum/
“Built in 1873, the Hadley House Museum is in the Victorian Italianate style with original woodwork and four bedrooms. The museum contains a large local photographic collection, featured in the Arcadia Images of America series book on Holly, which is available for purchase. Additionally, there is an extensive genealogy library for northwest Oakland County.”

Milford Historical Museum
124 East Commerce Street, Milford, MI 48381
248-685-7308
http://www.milfordhistory.org/
“The Milford Historical Museum is exclusively organized for educational purposes, bringing together people who are interest in the history of the village of Milford and Milford Township. The Museum is closed until May 2017. The museum director, Elaine Hunter, is also looking for new display ideas for the museum, so if you have a collection of artifacts related to the history of the Milford area, please contact her.”

Orchard Lake Museum
3951 Orchard Lake Road, Orchard Lake, MI 48324
248-682-2279
http://www.gwbhs.org/museum/
“The Orchard Lake Museum is the home of the Greater West Bloomfield Historical Society. The Museum houses a collection of artifacts, historic photos and documents, information on historical research, and is open on 2nd Sundays from 1-4pm and by appointment.”

Rochester Hills Museum
1005 Van Hoosen Road, Rochester Hills, MI 48309
248-656-4663
http://www.rochesterhills.org/index.aspx?NID=88
“The museum is the primary site for learning about and preserving the history of the greater Rochester area in Oakland County, Michigan, as a representative of similar communities throughout Michigan. Because appreciation of the present is enhanced by an understanding the past, the Rochester Hills Museum at Van Hoosen Farm interprets, preserves and collects the history of the greater Rochester area for present and future generations.”

Southfield Historical Society and Museum
26080 Berg Road, Southfield, MI 48037
248-354-4711
https://southfieldhistoricalsociety.wordpress.com/
“The Southfield Town Hall Museum opened on December 19, 1976 and is located in the original Southfield Township Hall building in the Burgh Historic District. The museum offers a collection of materials and exhibits that depict examples of typical life in Southfield, Michigan from the first farming community of the 1830’s until today.”

Loren Andrus Octagon House
57500 Van Dyke Rd, Washington, MI 48094
586-781-0084
http://www.octagonhouse.org/
“The Loren Andrus Octagon House is a historical house built by Loren Andrus in 1860. It was officially listed on the National Register of Historic Places, and as a State of Michigan Historic Site, around the same time in 1972. The Octagon House was originally built because of a contest between a few rival farm families in Washington Twp. The contest was to see who could build the most unusual house, and the house built by Loren Andrus and David Stewart was by far the most unique. The Octagon House now offers an opportunity to explore a variety of educational venues. Tours take approximately 40-60 minutes each depending on size of group. Special request venues take 20 minutes each. Arrangement must be made at least a month prior to your visit.”

Michigan Transit Museum/Mount Clemens Station
200 Grand Ave, Mt Clemens, MI 48043
586-463-1863
http://www.michigantransitmuseum.com/
“The depot was built for the Chicago, Detroit & Canada Grand Trunk Junction Railway to serve the growing village and county seat of Macomb County: Mount Clemens. In 1862 at this depot, young Thomas Edison saved the station agent’s small child from certain death. The child was on the tracks in the path of a rolling box car. In appreciation, the station agent taught Tom telegraphy. And so began Edison’s short career in railroading. Some of his earliest inventions were based on what he learned at the station. The depot continued in railroad use until 1980, when the City of Mount Clemens bought it and leased it to Michigan Transit Museum for use as its headquarters and museum. The depot is now restored to its 1900 appearance. Inside are exhibits surrounding railroading of that era.”

Automotive Hall of Fame
21400 Oakwood, Dearborn, MI 48124
313-240-4000
http://www.automotivehalloffame.org/
“The Automotive Hall of Fame attracts visitors from around the world. It is located next door to The Henry Ford in Dearborn, Michigan. It is also within the MotorCities National Heritage Area, an affiliate of the National Park Service dedicated to preserving and promoting the automotive and labor heritage of Michigan.”

The Canton Historical Museum
1022 South Canton Center Road, Canton, MI 48188
734-397-0088
http://www.cantonhistoricalsociety.org/p/about.html
“The purpose of the Canton Historical Society Museum is to engage the community in the preservation and interpretation of human history in the geographic area known as the Charter Township of Canton, Michigan.”

Dearborn Historical Museum
915 S Brady St, Dearborn, MI 48124
313-565-3000
http://www.cityofdearborn.org/government/departments/historical-museum
“Visitors to the Dearborn Historical Museum are often surprised to discover the multiple storylines of our local history, even if it’s just the revelation that we weren’t always the “Home Town of Henry Ford.” Long before that, in 1786, farmers began to settle along the River Rouge, and some 50 years later, a village spread out around a U.S. arsenal that eventually supplied arms to Union troops during the Civil War. The former Detroit Arsenal at Dearbornville (1833-75) carries on today as home to the two main buildings of the Museum.”

Detroit Institute of Arts
5200 Woodward Ave, Detroit, MI 48202
313-833-7900
http://www.dia.org/
“The DIA has been a beacon of culture for the Detroit area for well over a century. The DIA’s collection is among the top six in the United States. A hallmark of the DIA is the diversity of the collection. In addition to outstanding American, European, Modern and Contemporary, and Graphic art, the museum holds significant works of African, Asian, Native American, Oceanic, Islamic, and Ancient art.”

Dossin Great Lakes Museum
100 The Strand, Detroit, MI 48207
313-833-5538
http://detroithistorical.org/dossin-great-lakes-museum/plan-your-visit/general-information
“The Dossin Great Lakes Museum is dedicated to showcasing the story of the Great Lakes, with a special emphasis on Detroit’s role in regional and national maritime history. Our visitors at this 16,000 square foot museum enjoy exhibits that tell more than 300 years of the region’s rich maritime history, from the shipping fleets that rule the waterways to the varied roles that the Great Lakes and the Detroit River have played in our region’s industrial and social history.”

Greenmead Historical Park
20501 Newburgh Road, Livonia, MI 48152
248-477-7375
http://www.ci.livonia.mi.us/Departments/CommunityResources/GreenmeadHistoricalPark.aspx
“The historic farm site known as Greenmead was purchased by the City of Livonia in 1976. It serves as a legacy of Michigan’s agricultural heritage as well as a multi-faceted recreational and cultural facility hosting a number of major special events each year. The Historical Village at Greened was established to protect and preserve several locally significant structures that would have been lost to development at their original locations.”

The Henry Ford
20900 Oakwood Boulevard, Dearborn, MI 48124
313-982-6001
https://www.thehenryford.org/
“The Henry Ford (also known as the Henry Ford Museum of American Innovation and Greenfield Village, and more formally as the Edison Institute) is a large indoor and outdoor history museum complex and a national Historic Landmark, and is one of Michigan’s most beloved attractions. The mission of The Henry Ford is to provide unique educational experiences based on authentic objects, stories, and lives from America’s traditions of ingenuity, resourcefulness, and innovation. Its purpose is to inspire people to learn from these traditions to help shape a better future.”

Motown Historical Museum
2648 W Grand Blvd, Detroit, MI 48208
313-875-2264
http://www.motownmuseum.org/
“The Motown Museum is one of the Southeast Michigan’s most popular tourist destinations. Visitors come from across America and throughout the world to stand in Studio A, where their favorite artists and groups recorded much-loved music, and to view the restored upper flat where Berry Gordy lived with his family during the company’s earliest days. Home to an extensive array of Motown artifacts, photographs and other memorabilia, the Museum’s mission is to preserve the legacy of Motown Record Company and to educate and motivate people, especially youth.”

Nankin Mills Nature and Historic Center
33175 Ann Arbor Trail, Westland, MI 48185
734-261-1990
http://www.nankinmills.org/
“Nankin Mills in Westland, Michigan dates from 1842. Once a grist mill, it now serves as an interpretive center and tells the area’s cultural and natural history. The building was even owned by Henry Ford at one time. The Friends of Nankin Mills have worked with Wayne County Parks since 1987, to preserve this historic mill and ensure it remains an important community resource.”

Ukrainian American Archives & Museum of Detroit
11756 Charest St, Hamtramck, MI 48212
313-366-9764
http://www.ukrainianmuseumdetroit.org/home.html
“The purpose of the Museum is to educate and inform the general public about the culture, art, and history of Ukrainians, their immigration to the United States and the contributions of Americans of Ukrainian descent to America.”

George P. MacNichol House/Wyandotte Historical Museum
2610 Biddle Ave, Wyandotte, MI 48192
http://www.wyandotte.net/ArtsCulture/WyandotteMuseums.asp
“The Wyandotte Museum is dedicated to inspiring and fostering public awareness, interest, understanding and appreciation of the unique history of the city of Wyandotte and its relationship to the Downriver region. The Museum preserves our mutual heritage through its historic buildings, collections, archives, publications, exhibits, programs and special events using our shared past as a foundation of the future.”