What’s Really In Your Beauty Bag Might Make You Gag 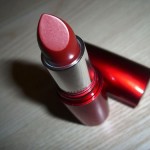 Chemical free beauty items… you mean the stuff with ingredients that Mother Nature would approve of? Well, that’s definitely a huge step up from some of the offerings sold at the corner drug store, but natural skin care products can still raise an eyebrow and occasionally make even the most steely stomached among us toss our cookies.

It’s all about where they’re sourced from – animal, vegetable or mineral. If beauty at the expense of an animal life isn’t your kosher cup of tea, read on. You might be surprised what’s on the back of your bottles.

Albumen: Obtained from the high-protein, clear substance surrounding an egg yolk, albumen naturally thickens a whole host of beauty and body care products when in its powdered white form. Compared to the other ingredients mentioned on this list, albumen probably seems pretty tame, but in many cases the cosmetic version is derived from bovine serum rather than chickens. Among its many beauty-enhancing applications, slathering it liberally on the skin will bestow the user with a temporary wrinkle fix. Um… yay for cow power?

Ambergris: How human beings figured out that this waxy, whale intestine-derived compound works wonders as a rather nifty perfume base is almost as perplexing as why we’d willingly want to apply it to our pulse points in the first place. After all, it’s expelled either through the mouth or out the other end of the ginormous, warm-blooded marine mammal…after which time it’s carefully collected from the coastlines of various global islands and Atlantic Ocean regions. Alrighty then.

Apitoxin: Injecting unsightly lines and wrinkles with botulinum toxin — the very same spores that are responsible for temporarily paralyzing muscles and triggering respiratory failure in extreme cases — has become an acceptable way of beating back the hands of time. Since we’re okay with that, then it’s not at all surprising that we’re now electronically shocking bees to give up their venom (called apitoxin) so that we can then incorporate it into anti-aging facials and creams. Apparently, the substance causes the human body to create elastin and collagen, both of which bestow the complexion with a youthful glow.

Castoreum: Nothing makes beavers happier than dazzling Mother Nature with their remarkable brand of eco-architecture and, no doubt, keeping their super-fine choppers in working order by taking down thousands of trees in the process. In the what-the-heck-were-we-thinking department, humans decided that since whale vomit has served us pretty well when incorporated into long-lasting fragrances, why not dry and age beavers’ apparently ‘pherenomenal’ anal sacks in order to create some of the top luxe scents on the market, including Chanel, Shalimar, Lancome Caractere and Givenchy III. Oh, you think you’re in the clear? The compound is also used to scent and flavor cigarettes as well as all sorts of unnamed beverages, foods and treats since it’s approved as an all-purpose food additive!

Carminic Acid: If your love of Mother Nature’s creatures extends to the insect world, then you might want to steer clear of the majority of today’s mainstream lipstick and blush products since they’re typically colored with a crimson pigment created from the boiled, dried and crushed remains of thousands upon thousands of Peruvian and Canary Island-derived red female beetles called cochineal. (Their unwitting sacrifice is also the reason why commercially available fruit fillings and beverages such as Campari possess such an alluring jewel-like tone. Down the hatch!)

Glucosamine: With its anti-inflammatory properties, of course it makes sense that chicken bone marrow and/or crustacean shell extract would creep into our beauty bag! When life’s stresses (and junky fast-food temptations) take a toll on our skin, hair and other girlie assets, we can take comfort in the knowledge that Cover Girl and company are at the ready with a whole slew of anti-aging, beauty-boosting products just bursting at the seams with N-acetyl glucosamine, an animal-derived substance that oddly enough prevents hyperpigmentation while also refining skin tone, smoothing out fine lines and even deeper wrinkles.

Hyaluronic Acid: Occurring naturally in various human body tissues such as the skin, umbilical cord and surrounding cartilage cells, this protein-packed humectant is frequently obtained from animal sources and used as the main ingredient in injectable wrinkle remedies such as Juvederm and Restylane as well as anti-aging moisturizers and mascara.

Placental Protein: This is a pretty easy one to figure out, but let’s just run with it anyway. The placenta – found inside the uterine wall and incredibly integral to a developing fetus’ survival – is in this case, harvested from slaughtered female animals for the sake of our beauty aspirations thanks to its nutrient-rich profile which is said to trigger the growth of new skin cells. Seriously.

Snail Slime: Some of the greatest discoveries are made accidentally, as was the case with Chilean farmers who – upon breeding snails destined for French restaurants – couldn’t help but notice that their fingers were significantly smoother and free of wrinkles after repeatedly touching the slimy little critters without gloves. As it turns out, the gooey secretion that trails behind snails contains elastin and glycolic acid, highly prized skin-boosting ingredients that help not only to slough off dead cells, but also work synergistically to temper blemishes and sun damage. If you’re a lover of all creatures great and small, it’s worth noting that the highly coveted goo is extracted through purportedly ‘safe’ albeit artificial stimulation throughout the course of their brief little lives.

Snake Venom: Loaded with assorted enzymes and proteins, the saliva secreted by snakes while in the midst of an attack is nevertheless laden with a whole array of toxins that ensure their prey will give up the ghost sooner than later. Unfortunately for snakes, their poison is mankind’s pleasure, at least in terms of the extraordinary health benefits that it bestows upon us – namely topical arthritis relief, heart attack treatment and potential cures for cancer and diabetes, among many other ailments. It also relaxes facial muscles, rendering complexions smooth and line-free, which is why it’s become the hottest non-surgical skin treatment for everyone from Gwyneth Paltrow and Kate Moss to Prince Charles’ wife, Camilla Parker-Bowles.