Operating and maintaining a building’s facility can be an expensive business, and much of its money is tied up in energy, according to John Carlos, Director of Business Affairs at ENERGY SOLUTIONS ENGINEERING GROUP and Liaison of the United States Green Building Council (USGBC) representing power plant and facility engineers of some of the largest buildings in the Detroit Metro area. 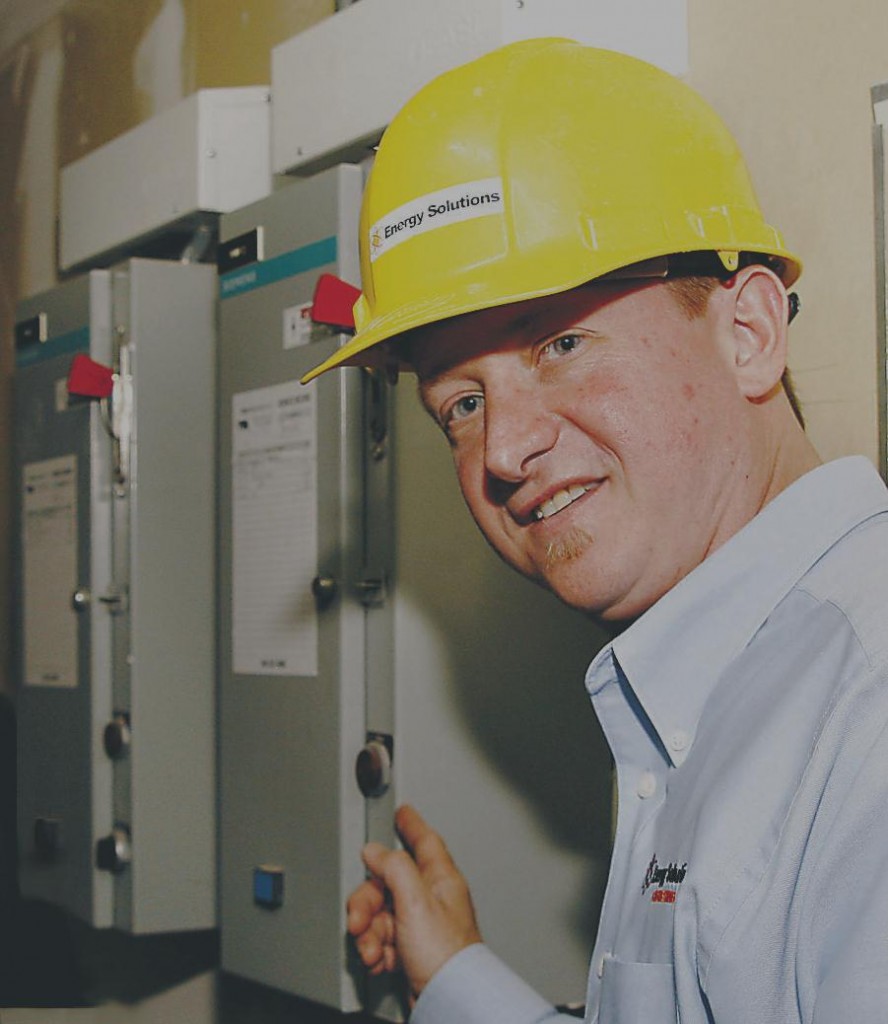 Facility and power plant engineers are the front line in dealing with the every day keep up with energy consumption.  According to the Energy Protection Act (EPA), energy consumption is the largest operating expense for a commercial office building, accounting for nearly a third of a building’s operating expenses. However, too often property management or building owners fail to take advantage of opportunities in reducing wasted energy. For example, building owners upgrade their lighting retrofits only in the common areas within the facility in order to see direct savings, and neglect to tap the upgrade potential in the rest of the building (the tenant areas).  Another missed concept is the lack of knowledge about reactive current, and how treating the internal distribution can not only reduce power factor, and eliminate power factor penalties, but can be used to reduce electrical consumption, by capturing lost heat, and redirecting it back to the source.  This concept not only eliminates power factor issues, but will extend the longevity of motors, ballasts, lamps, and in some cases even allow capacity to become available in panels and sub-panels. 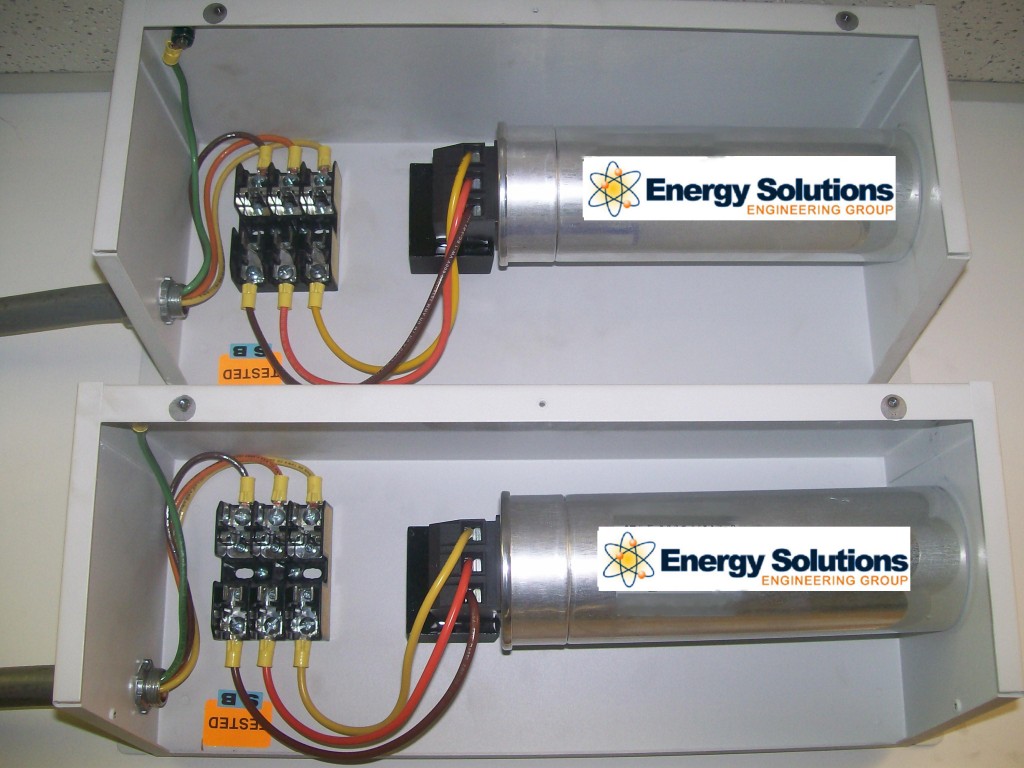 According with the EPA, The most effective way to reduce energy costs on an existing facility is to treat it throughout. This approach maximizes operating cost savings, which increases net operating income (NOI). That’s a major benefit.  Increased NOI enhances asset, while enhancing shareholder value, all while allowing owners to invest their money in other areas of the business. Forget for a moment on the money saved by reduction of consumption, and picture the impact of every dollar invested in energy efficiency that in return can yield as much as $3 in increased asset value of a building.  Increased NOI is only one benefit to real estate owners. Another benefit is recognition by their tenants, the media, other building owners, and organizations like USGBC that are concerned with energy efficiency and the environment.

Some of Energy Solutions Engineering Groups’ (Energy Solutions) customers have taken the stand in an attempt to be recognized as having a positive company image. Reducing consumption increases positive exposure within the community and increase tenant attraction. Tenants recognize the importance of energy efficiency and understand that energy efficient buildings will save them money in the long run of it. Tenants know that energy efficient buildings are more comfortable for their employees and easier to work in. In this economy, property owners need to look out side the box in order to obtain and retain tenants. Property owners are becoming more conscious of this and are starting to take the steps allowing them selves to be more marketable in this competitive economy.

An excellent example of a building owner, taking advantage of an investment (reducing energy consumption and turning it into an opportunity) has been Bruce Knight, owner of 16 Properties in Troy Michigan. Bruce Knight owns several buildings including the building at 1607 Big Beaver Road located on the Big Beaver Strip of Office Buildings. 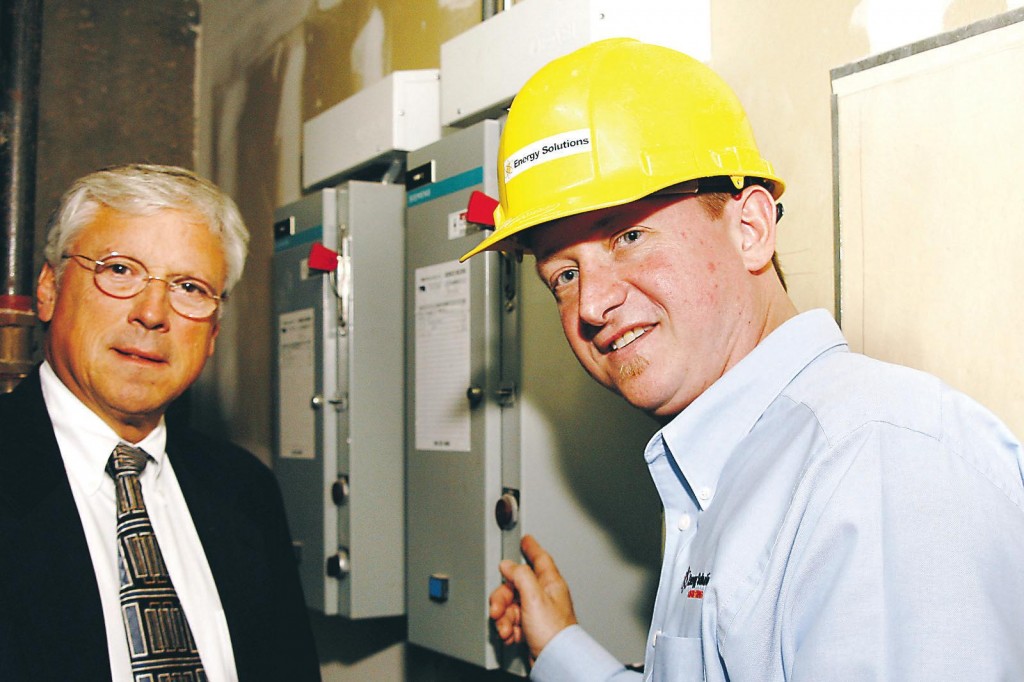 As a property owner, he has taken advantage of his investment not only to reduce his electrical consumptions, but to obtain and retain tenants by having that extra edge that a tenant can be leered by.  Bruce Knight has done electrical upgrades in several of his office buildings and is proud in maintaining over a 90% average in tenant occupancy rate. One of Bruce Knight’s buildings is an 80,000 square foot multi-tenant office Building high lighted in the Oakland Business Review issue of June 26 – July 2, 2008. By capturing and redirecting reactive current, capturing lost heat in wiring and distribution and updating lighting, Energy Solutions was able to realize a 17 percent savings. Owner Bruce Knight said he hired the company to retrofit another 22,000-square-foot building he owns just down Big Beaver Road. Bruce Knight quotes “Half of everything that you save is paid by the tenants, so of course we’re going to market that”…  Over 90% tenant occupancy, and that’s how he keeps them!

Energy Solutions gathers a snap-shot of the past 12 month consumption.  An electrical kilowatt evaluation will be evaluated provided at no cost to the building owner.  This allows the building owner to consider estimated reductions while using conservative saving forecasts.  John Carlos says “We crunch numbers and take a deep look at how the building is run.  This process determines whether to treat or not to and where.  Basing everything on payback and return is what drives this type of turnkey project.  If it doesn’t make sense to pay for it, we simply eliminate it from our project with a detailed explanation on why this was the case.  Further more the payback period is targeted at 24 to 36 months or less.”  As most studies conduct a preliminary electrical audit that will determine potential savings, Energy Solutions uses software that is able to predict conservative reductions prior to any costs involved.  John Carlos continues by saying “After determining a guaranteed reduction of consumption, a conditional agreement is drawn up with expectations that must be met, protecting the owner’s interests.  Preliminary load breakdowns are performed, and only than can a sale take place.  All finding are guaranteed and are issued an insurance coverage based on savings.  This process guarantees, warrantees, and insures that the building owner will obtain predetermined contracted reductions on an operational cost that continues to increase in dollars.  The Return on Investment (ROI) typically ranges in the 30 to 40’s”.  Did you say WOW!  You should have, because even when the stock market was doing well, you wouldn’t expect that kind of return.

Building owners can use these results to determine whether or not the reduction of return matches well with the payback and return, before spending a cent! How much of an investment they’ll have to make in order to get the desired results. They can use it to make comparisons between different properties. They can even use it to determine the best time to upgrade. John Carlos says “Even if the building owner doesn’t have the capital or doesn’t want to spend it, we work closely with financial companies that are in the leasing industry.  The payback and return is pushed out some, but the benefit is that there is no out of pocket expense other than first and last months payment, and a dollar buyout.  Let’s face the truth, this beats allowing the time to go by, as you see your operational cost go up, and no solution or hope for it to go down.  So, why wait?  This is particularly useful for owners of leased space, because it can also calculate the savings and financial benefits for tenants and owners based on existing lease structures. Building owners and property management companies already have the data for existing leases.  Energy Solutions’ program makes proposing upgrades easy, because building owners can “see” how much they will benefit from the upgrades in real estate business terms”.

Motorized pieces of equipment are historically inefficient users of electricity contributing to unnecessary high electrical bills and maintenance costs. Much of the reactive current demanded by lightly loaded motorized equipment is converted to heat throughout a facility’s electrical distribution system and can eventually result in equipment damage, repair and replacement costs, and lost production time.

Energy Solutions provides all of the benefits of reactive power correction, with none of the risks associated with traditional correction methods. John Carlos notes… ”Our equipment increases the efficiency of a facility’s power system, which translates into increased motor functionality marked by a definite reduction in current. This reduced current draw equates to a reduction in kilowatt distribution losses in a facility.  Our technology significantly improves the efficiency of electric motors and reduces electrical energy costs.  Even more importantly, it reduces the damaging effects of heat that threaten the life span of internal components and expensive motorized systems”.

There are many companies in Michigan offering systems that accomplish these measures as well as others that perform energy audits and LEED certifications on existing buildings to help reduce consumption of natural resources.