The Michigan Earth Day Preview Party and Awards Ceremony were held on Thursday, April 22, 2010, in Downtown Rochester.  The event was emceed by comedian and TV star Dave Coulier. 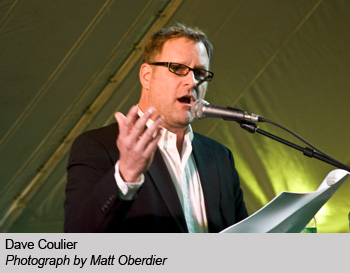 The event attracted Michiganders from many different places in the state, offered an “Earth Day observance and fast-paced preview of festival activities,” according to the Michigan Earth Day Web site.  The activities included a fashion show, a silent auction, an awards ceremony and an array of food provided by Mind, Body & Spirits restaurant.  The awards ceremony was a new addition to the preview events evening.

Many awards were given away including the recognition of the dedication of several Michigan green leaders in different categories.  The categories included education, media, government and more.

Coulier, who presented the awards, said he felt that being a part of the Michigan Earth Day events was his way of contributing to the future as a Dad with a son.  “His generation inherits what we give them, and if I can help do something that’s going to make his generation a little bit better, I have to try,” he said.

For more information on the rest of the Michigan Earth Day activities visit www.miearthday.com.