A common misconception about plant-based diets is that the only justification for avoiding meat is to protect the lives of beloved animals. In reality, there are actually several important reasons for adopting a plant-based diet, according to a 501(c)3 nonprofit organization based in Royal Oak, Mich.

VegMichigan is an 11-year-old organization dedicated to educating and promoting the awareness of three major benefits of being either a vegetarian or a vegan: it’s greener, healthier and more humane than other diets.

According to Harry Pianko, president and treasurer of the company, the meat industry was found to be the number one cause of global warming in a recent United Nations report. This means that the environmental impact of animal agriculture – anywhere from the amount of waste produced to the level of methane gas emissions – is greater than the impact of all forms of transportation combined, contributing 18 percent of the cause of global warming. “We always say the number one thing to do for the environment is to go veg,” Pianko said. 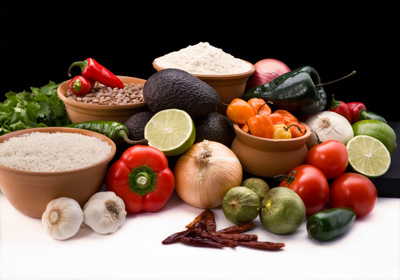 Pianko also said there are many health issues related to the consumption of animal products that can be avoided by not eating meat. He said he believes the main reason most people go vegan or vegetarian is because of the health benefits. He said many diseases including heart disease, cancer and diabetes can be linked to the consumption of animal products. “You can significantly reduce or eliminate many of those diseases by going vegan,” he said.

Cyndi Summers, who is on the board of directors and also handles publicity for VegMichigan, said having a plant-based diet is not only important for human health and the environment but also for “living in peace with other creatures on this planet.” She said she became a vegetarian 20 years ago, but has since become almost fully vegan after learning how devastating dairy products are for human health and the planet.

Summers said she is very excited about how much VegMichigan is growing. She said she believes older people are “going veg” because they’ve had health problems they’d like to reverse. She said young people are doing it because it’s right for the planet. She said even parents are doing it because they don’t want their children to become diabetic or obese. “VegMichigan is the largest resource in the state for the veg-curious to vegans and everyone in between,” she said. “This organization is doing good, important work, and it’s only going to keep growing.”

Information on how to become a member of VegMichigan and details about upcoming events can be found at VegMichigan.org.