From Manufacturing to Recycling, Apple Shows Its ‘Green’ Colors 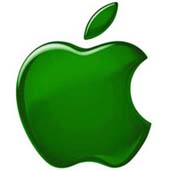 It appears that technology is advancing more rapidly than ever. However, companies such as Apple are working hard to advance products to be not only innovative but also a little greener.

Apple recently revealed the newest version of the iPhone, which has proved to be even greener than its predecessors. It has many new features that make it more environmentally friendly, including its improved battery life and its sleek design that likely uses fewer resources during production. 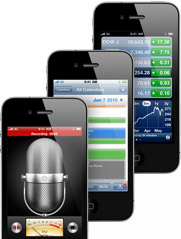 But the iPhone 4 isn’t Apple’s only attempt to be green. According to its Web site, the company does a number of things to help reduce its carbon footprint, and the efforts are divided into five categories.

Apple uses less material in its products than ever before. For example, the most recent 20-inch iMac uses 55 percent less material than the first-generation 15-inch iMac. In addition, the company’s goal is to continue leading the industry by reducing or eliminating harmful substances from its products.

The majority of Apple’s greenhouse gas emissions come from product use, but the company claims to make its products as energy efficient as possible. In fact, the Mac mini uses as little as a fourth of the power consumed by a typical light bulb, which makes it the most energy-efficient desktop computer in the world. Apple is also the only company in the industry whose desktop and notebook product lines meet the energy efficiency requirements set by the U.S. Environmental Protection Agency’s Energy Star program.

The materials used in Apple products include arsenic-free glass, high-grade aluminum and strong polycarbonate. These are all highly valuable to recyclers. According to its Web site, Apple instituted recycling programs in 95 percent of the countries where its products are sold. The company says it practices “responsible recycling,” which means its recyclers have to comply with health and safety laws. It also means there is no disposal of hazardous electronic waste in solid-waste landfills.

Apple says it has taken significant steps to lessen greenhouse gas emissions produced by its facilities around the world. The use of energy-efficient lighting is just one of a number of ways Apple is reducing energy consumption.