Chipotle Serves Up Food with Integrity 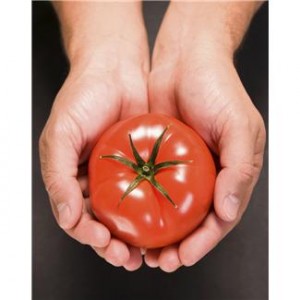 Discovering places to eat in metro Detroit that keep the environment in mind in all aspects of business and customer service seems to be getting easier with each passing day.

While there are a number of locally-owned, one-of-a-kind restaurants in the area that use local, organic ingredients, there are also some hidden national chains that are doing the same thing, but maybe not as many people know about them.

Chipotle Mexican Grill is one such restaurants. It began as a place where CEO Steve Ells wanted to make delicious foods with the finest ingredients, and he wanted to do it quickly and affordably.

However, with the expansion of Chipotle, Ells realized there were many negative aspects of how food is produced and processed in the U.S. “Pigs are raised in stark confinement, produce is grown on vast factory farms with little or no regard for the environment, and dairy cows are confined and injected with hormones that make them produce eight times their normal amount,” Ells said on the Chipotle Web site.

Because of Ells’ discoveries, he decided to do something a little different.  That’s why he decided his restaurants would serve food with more integrity.

“Food with integrity is our commitment to finding the very best ingredients raised with respect for the animals, the environment and the farmers,” according to the Web site.  This mission statement means:

“’Food with Integrity’ is our commitment to always look closer, dig deeper, and work harder to ensure that our actions are making things better, not worse,” Ells said.  “It’s our promise to run our business in a way that does not exploit animals, people or the environment. It is the philosophy that guides every decision we make at Chipotle.”