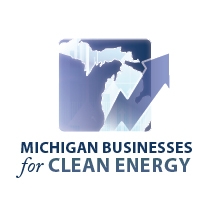 Voters believe scientists, not politicians, should decide how to curb pollution. A new survey of Michigan voters shows overwhelming support for allowing the U.S. Environmental Protection Agency (EPA) to regulate greenhouse gas emissions from large industrial sources – an authority that has come under attack by some members of Congress.

“Michigan voters understand the very serious implications of preventing the EPA from doing its job,” said Al Quinlanof national polling firm Greenberg Quinlan Rosner Research, which conducted the poll. “When given balanced arguments based on recent statements from both sides of the debate, an overwhelming majority of Michigan voters supports the EPA taking action to regulate greenhouse gas. Michigan voters make it clear that they want Congress to hold polluters accountable and let the EPA do its job, not let polluters off the hook.”

The statewide poll, conducted Jan. 13-18, surveyed 500 Michigan voters and had a margin of error of plus/minus 4.4 percentage points. Key findings include:

The findings are being released as the EPA faces the most scrutiny from Congress that it has faced since it was established in 1970 by President Richard Nixon – the same year the Clean Air Act was signed into law. For four decades, the EPA and the Clean Air Act have protected Americans from dangerous pollutants and led to significant public health and environmental benefits in Michigan and across the nation.

Some members of Congress have introduced legislation to ban the EPA from regulating greenhouse gases under the Clean Air Act. The House Energy and Commerce Committee, chaired by Michigan Congressman Fred Upton (R-St. Joseph), heard testimony on these proposals last week, and are expected to advance them through the legislative process this week.