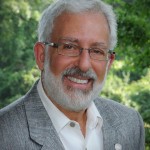 All the ASHRAE Advanced Energy Design Guides (AEDG) with their concepts for decreasing energy use by 30% for smaller buildings have been published. The newest one with concepts for 50% energy savings for small and medium office buildings is out now, and the rest will be coming out in the next 12 months or so. The 30% AEDGs are referenced in LEED 2009.

Many municipalities will be adopting ASHRAE Standard 189.1, which is written in code language, for new construction and major retrofits – as opposed to LEED Guidelines, which were never meant to be adopted as codes, but which have been put into the laws of many cities and even some states. Standard 189.1, with a lot of input from the U.S. Green Building Council and other organizations such as BOMA and IFMA, is heavily oriented toward the major concepts contained in LEED.

The new ASTM BEPA (Building Energy Performance Assessment) Standard was released in February, 2011. It was developed to standardize the process of collecting building energy use data, compiling and analyzing it, and then disclosing it. ASHRAE’S Building Energy Quotient (bEQ) for rating the energy performance of existing buildings, which will make use of some of the aspects of the BEPA standard, should be out by the end of this year.

Many of these new laws and standards have already been adopted by many states and municipalities. They are going to affect how potential tenants and buyers view buildings relative to their energy use.  It is important for building owners to be prepared.