The True Cost of Oil

What does environmental devastation actually look like? At TEDxVictoria, photographer Garth Lenz shares shocking photos of the Alberta Tar Sands mining project — and the beautiful (and vital) ecosystems under threat.

For almost twenty years, Garth’s photography of threatened wilderness regions, devastation, and the impacts on indigenous peoples, has appeared in the world’s leading publications. His recent images from the boreal region of Canada have helped lead to significant victories and large new protected areas in the Northwest Territories, Quebec, and Ontario. Garth’s major touring exhibit on the Tar Sands premiered on Los Angeles in 2011 and recently appeared in New York. Garth is a Fellow of the International League Of Conservation Photographers

Filmed at TEDxVictoria on November 19 2011 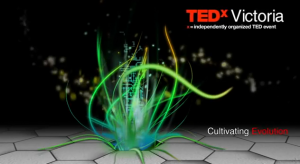