Michigan’s evolving energy policies are consistently being updates to provide all of the state’s stakeholders with a voice.  The public nature of this process was very much in evidence on March 25, 2013 when the Michigan Public Service Commission held one of several “Michigan Public Energy Forums” at the facility of NextEnergy, a component of Detroit’s Tech Town.

In order to provide the attending public with a concise yet informative background of the current state of Michigan’s energy milieu, a series of speakers offered presentations representing varied points of view on energy related issues.  These included Energy Innovation Council, Detroiters Working for Environmental Justice, and DTE Energy in addition to Marathon Oil, Ford Motor Company and Energy Choice Now.

All parties involved begin with the shared goal of assuring a future where Michigan has access to sources of affordable, abundant and clean energy.  Despite the commonality of purpose, disagreement on the means best used to achieve these goals characterizes the current debate.

The starting point for the discussion relate to the overriding issue of how energy can kept affordable for both residential and business users.  Currently, Michigan policy is shaped by Public Acts 295 and 286.

PA 295, passed and enacted in 2008 address the issue of assuring adequate energy supply as key to promoting affordability (and addressing environmental concerns) when it “established a Renewable Energy Standard for the State of Michigan. The Renewable Energy Standard requires Michigan electric providers to achieve a retail supply portfolio that includes at least ten percent renewable energy by 2015” (MSPC website).

PA 286, also passed in 2008, aims to promote energy affordability by allowing for consumer choice.   Under the Act, electric consumers throughout Michigan representing up to ten percent of the total grid load may opt to purchase their electricity from providers other than the normal one covering their geographic area. The Act is predicated on the idea that a certain level of competition will inhibit sharp increases in rates.  The ten percent cap was put in place to guard against excessive logistical and delivery problems from a sudden flood of  applicants.

Both PA 295 and 286 have had positive impact.  According to information shared at the event by Steven Bakkal, Director of the Michigan Energy Office, data gathered since 2009shows a steady increase in rate of Electric Energy Efficiency (EEE) and in the percentage of renewables as a segment of all energy generated.  Also, the number of customers accessing the choice option allowed under PA 286 quickly reached the ten percent cap shortly after the measure’s implementation. 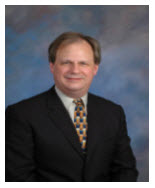