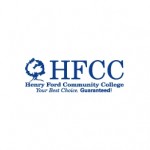 The Henry Ford Community College (HFCC) Music Dept. will present the 19th Annual President’s Collage Concert on Saturday, March 1 at 7 p.m. at the Michael A. Guido Theater in the Ford Community & Performing Arts Center, which is located at 15801 Michigan Avenue in Dearborn. The concert will be 75 minutes in length.

Dr. Stan Jensen, president of HFCC, is honored to participate in this concert and looks forward to greeting many of the College’s community and friends to this auspicious event.

“This will be my first Collage Concert, and from what I’ve heard, it’s quite an exciting evening of entertainment. I look forward to carrying on this tradition and am extremely impressed with the array of talented musicians who participate in HFCC music programs,” he said.

This annual tradition began in 1996 with the support of Dr. Andrew A. Mazzara, then-president of HFCC. The HFCC Music Department has continued the tradition of presenting this special evening, which celebrates HFCC’s vibrant music program, the largest two-year program in Michigan. HFCC’s music directors bring together the College’s many choral and instrumental ensembles for a varied and exciting performance. More than 250 performers will participate this year.

The following HFCC groups will perform at this year’s Collage Concert:

“This year is promising to be our best concert yet, showcasing the best and brightest in our instrumental and vocal music programs at HFCC. They are a talented group of musicians and it is always a pleasure to work with them,” said Goward, HFCC director of Bands.

Dewey, HFCC director of Choirs, added, “What makes the concert so exciting is the variety of performances; each group performs on its own, in its own special style, then all the groups join forces and perform together for some of the numbers.”