MEDICARE LIMBO: A QUESTION SENIORS NEED TO ASK IF THEY’RE IN THE HOSPITAL 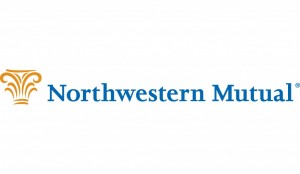 Bill Jacobs spent four nights in a hospital in Florida battling pneumonia. His kids visited each day, fluffed his pillows, brought his favorite Sudoku puzzles and got regular updates from his nurses and doctors. Imagine their surprise when they found out that their 86-year-old father was never actually admitted; instead, he was treated as an outpatient under what Medicare refers to as “observation status.”

What difference does that make? Actually, more than you might think. If your parents are on Medicare, the difference between being considered an inpatient or an observation patient could be thousands of dollars out of their pocket, if not more.

First, Medicare Part A will cover all hospital services, less the deductible, but only if you’re admitted to the hospital as an inpatient. The one-time deductible covers all hospital services for the first 60 days in the hospital. Doctors’ charges are covered under Medicare Part B. After you meet the deductible for Part B, you’ll then owe 20 percent of the Medicare-approved amount for doctor services, according to the Centers for Medicare and Medicaid Services’ Are You A Hospital Inpatient Or Outpatient?

If your parent is a patient with observation status, however, different rules apply. Instead of Medicare Part A, outpatient hospital charges are covered under Part B. Generally, this means your parent will owe a co-payment for each individual hospital service equal to 20 percent of Medicare’s allowable charge. This copay has no cumulative cap, which means your parent could end up owing far more than if he or she had been admitted as an inpatient. On top of this, you may also have drug charges that are not covered by your Medicare Part D coverage.

Bill’s family learned that their dad was never formally admitted as an inpatient only a few hours before he was scheduled to be transferred to a nursing home—leaving them to foot a nearly $6,000 bill for a three-week rehabilitation stay. And even though Bill had a Medigap supplemental policy, it didn’t provide out-of-pocket reimbursement for services that Medicare doesn’t cover.

Observation status isn’t new, but as health care costs rise, it is being used more and more. Part of the reason for this is that Medicare has recently toughened its stance against unnecessary admissions and readmissions. In response, hospitals are using the observation status as a way to provide care to patients while they evaluate whether Medicare will cover the cost of their hospitalization.

According to the November 2014 AARP Public Policy Institute’s report, Rapid Growth In Medicare Hospital Observation Services: What’s Going On?, Medicare claims for observation status have increased by more than 100 percent over nine years. The study also finds that observation patients are staying in the hospital longer, even though Medicare suggests that hospitals admit or discharge them within 24 to 48 hours.

The Centers for Medicare and Medicaid Services introduced new regulations in August 2013 to simplify much of the confusion. The so-called “Pumpkin Rule” will require doctors to admit patients whom they expect to be in the hospital for longer than two “midnights” and to classify anyone else as an observation patient. Medicare was supposed to start enforcing the rule on April 1 of this year, but after resistance from the American Hospital Association (AHA) and the American Medical Association (AMA), enforcement has been pushed back to March 2015.

As the AMA’s executive vice president James Magara wrote in a November 2013 letter to the U.S. Department of Health and Human Services, “The fundamentally flawed, overly complicated two-midnight policy does not provide the clarity needed for consistent decision making by either providers or reviewers. … This undermines medical judgment and disregards the level of care actually needed to safely treat a patient.”

While we wait for Medicare to act on the new rule, many seniors may find themselves in inpatient/outpatient limbo. What should they do?

What if the hospital considers someone an outpatient under observation?

Depending on the situation, ask the doctor to go to bat for you to have your parent’s status changed. Assuming the criteria to be admitted as an inpatient are met, this will allow the clock to start toward fulfilling the stay requirements to get coverage for a skilled nursing care facility, should your parent need it. If that doesn’t work, consider hiring an attorney right away to write a strongly worded letter describing the patient’s medical needs. Or you might consider hiring a geriatric care manager to persuade the local hospital to admit your loved one.

Each of these suggestions may help save you or your parent thousands of dollars in uncovered medical bills; it may also spare you the headache of having to go through a Medicare appeals process should you or your loved one need follow-up care at a skilled nursing home facility.

If you decide to file a Medicare appeal, be prepared to dig in. The process can be long and difficult, and it requires the patient to first receive and pay for the care before seeking reimbursement.

To learn more about the pitfalls of patient observation status, go to the Center for Medicare Advocacy. They have a self-help packet that explains the observation-status issue and provides detailed guidance for filing appeals.