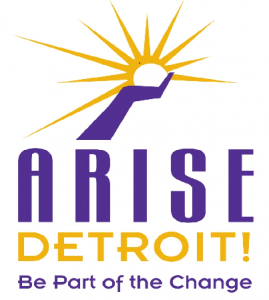 Tired of seeing the same old negative documentaries about Detroit?
For a refreshing change, ARISE Detroit! is inviting you to a free showing of The Great Detroit Documentary, produced by local filmmaker Anthony Brogdon, which takes a positive look at Detroit people, programs and potential. The showing will be at 7 p.m.m Friday, Oct. 17, at the Detroit Institute of Arts. Attendance is free but you must register. There will also be a short panel discussion following the movie.

Click on the link to reserve your seat and we will see you there!

Click on this link to see a trailer of the movie.

This is part of what the Michigan Chronicle had to say about the movie.

“At the conclusion of his outstanding documentary, “The Great Detroit: It Was – It Is – It Will Be,” producer-director Anthony Brogdon says, “I hope you enjoyed my film.”

There is no way for anyone to not enjoy it, at least not anyone who cares about Detroit and believes in its potential.

The documentary is in many respects a pep rally for the Motor City, and at a time when Detroit, despite its myriad of problems, is in the process of having a resurgence, redefining itself, trying hard to shake off many things that have been a hindrance.”

Bike PATH: Pedaling Ahead Toward Health The frenzy to divest fossil fuels