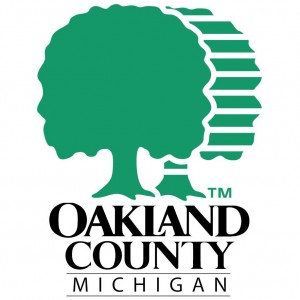 The Oakland County Board of Commissioners gave bipartisan approval to the articles of incorporation for the Great Lakes Water Authority (GLWA) tonight. County Executive L. Brooks Patterson said Oakland County ratepayers will now have a seat at the table of the region’s water and sewer system.
“This is a landmark moment. Our ratepayers and taxpayers will have the protections they need going forward,” Patterson said. “The commissioners understood that we got the best deal possible under the circumstances and voted in the best interest of our ratepayers.”
Oakland County Water Resources Commissioner Jim Nash concurred.
“This historic vote gives Southeast Michigan a chance for a fresh start to build a sustainable, collaborative regional water and sewer authority, to meet our future needs and grow with our economy. We appreciate all the hard work that went into this effort, and look forward to a smarter,
greener future,” Nash said.

Here is a recap of the benefits of forming the GLWA:

The GLWA will operate and manage all wholesale water and sewer lines in the suburbs that are currently part of the Detroit Water & Sewerage Department and ‘common-to-all’ assets such as the filtration and water plants, pumping stations and other assets providing joint functions for the benefit of all ratepayers. The City of Detroit will become a wholesale customer of the authority like the suburbs.
The city will operate and manage all water and sewer lines within city limits including being responsible for collections from its own ratepayers. At no time will delinquencies and bad debts from Detroit’s local operations be the responsibility of the GLWA.
No Oakland County tax dollars will go to the GLWA. It will be funded solely by ratepayers. The GLWA has no taxing authority. Plus, Oakland County’s general fund dollars will not go to support the GLWA.

There will be six members of the GLWA board – four representing suburban interests and two representing Detroit. There will be one each from Oakland County, Macomb County, and Wayne County; one from the State of Michigan to represent ratepayers from the other suburban counties
touched by the system; and two from the City of Detroit. The articles of incorporation require board members to be well-qualified. That means each GLWA board member must have at least seven years of expertise in one or more areas such as utility operations, finance, accounting, law, and engineering, among others.

Major decisions will require a super majority vote of five out of six members to set rates; budget; annually adopt a rolling, five-year capital improvement plan; issue debt (which must be revenue backed debt); procurement policies; hiring an executive director; setting compensation of board members; and removing a board member for cause. That means that if there is an issue before the GLWA board that is unfair to suburban customers, Oakland County only needs to partner with one other member to block it. General business before the board requires four out of six votes. In other words, Detroit must convince two suburban votes even on general business items.

The GLWA will make a lease payment of $50 million a year to a capital improvements fund held by the GLWA for the purpose of operating, maintaining and remediating issues associated with the water and sewer pipes and other infrastructure in the city. Rates will not be raised to make the lease payment. The $50 million will come from already-identified future efficiencies and existing revenue within the water and sewer system. It will not be used to pay for any other city services or programs. Oakland County ratepayers will be responsible for about $12 million of the lease payment. Detroit ratepayers’ share will be about $17 million.

The GLWA board will cap annual wholesale increases in water and sewer billings to the cities, villages and townships it serves at four percent a year for 10 years. That could change based on future regulatory requirements by the Environmental Protection Agency and the Michigan Department of Environmental Quality. The actual amounts billed to residents and businesses vary by community depending upon local operating, maintenance and local capital needs incurred by that local system. For the first time, customers throughout the GLWA water and sewer system who have trouble paying
their bills will be able to apply for means-based assistance. Each year, the GLWA will set aside .5 percent of its operating revenues (presently estimated at $4.5 million for fiscal year 2015) to fund this assistance. The program will be called the Water Residential Affordability Program or WRAP. The criteria will be developed by the GLWA board upon its launch. The amount is based on a national standard for major metropolitan water systems. Finally, the GLWA will honor all current contracts between suburban communities and the City of Detroit. The regional water authority will also honor all current collective bargaining agreements as is required by Michigan law.