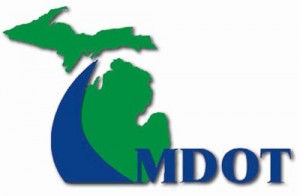 The Michigan Department of Transportation (MDOT) is awarding state transportation economic development grants that will support 1,474 new and existing jobs in Oakland, Macomb, St. Clair, and Wayne counties. The Transportation Economic Development Fund (TEDF) Category A grants totaling $4,141,911 will help leverage $181,352,380 in private investment, at a private/public investment ratio of nearly 44-to-1.

St. Clair County
SMR, a supplier of rearview mirror and camera systems to major automotive manufacturers, is experiencing significant growth and plans to invest $40,237,000 to expand its Marysville facility and hire 360 new employees.
Traffic safety concerns for employees and the general public near the company’s facility will be addressed with the addition of passing flares along M-29 to help traffic get around commercial vehicles turning into the plant. A left-turn lane will be added on 18th Street to allow traffic to safely turn left onto northbound M-29 and allow remaining traffic to turn right onto southbound M-29. Range Road, a primary route for SMR’s commercial traffic to access I-94, will be milled and resurfaced to extend the life of this roadway.
Total estimated cost for this project is $749,243, including $580,090 in state TEDF funds and $169,153 in matching funds from SMR, the St. Clair County Road Commission, and the City of Marysville.

LTC Roll and Engineering, a manufacturer of metallic components and assemblies, is a supplier to the automotive industry, as well as the building and alternative energy markets. Based in Clinton Township, the company is expanding into an existing vacant facility on Marine City Highway in Cottrellville Township. This planned $8,550,000 investment is expected to result in the hiring of 90 new employees at this location.
The section of Marine City Highway that the new facility is on requires extensive annual maintenance. To accommodate the anticipated additional traffic, the St. Clair County Road Commission will resurface the roadway to extend its service life and assure continued access for LTC and other companies that use this route to connect with I-94.
Total estimated cost for this project is $583,976, including $467,181 in state TEDF funds and $116,795 from the St. Clair County Road Commission.

Oakland County
Henrob Corp., the company that developed and produces the Henrob Self-Piercing Riveting Technology used primarily by the automotive industry, is expanding its campus with a $52,900,000 investment that is expected to result in 245 new jobs.
Hirata Corp. of America, a world leader in production engineering services, is investing $2,065,380 in expansion that is expected to result in 33 new jobs.
Both companies access their facilities from South Hill Road, which is not an all-season road and is in poor condition. Spring frost laws limit truck weights, costing each company thousands of dollars a day when their loads are restricted. Reconstructing South Hill Road to all-season standards will save both companies considerably in shipping costs. The Road Commission for Oakland County plans to reconstruct South Hill Road from Grand River to just north of Hirata driveway, and resurface the road from just north of the Hirata driveway to the bridge over I-96.
Total estimated cost for this project is $1,050,000, including $760,000 in state TEDF funds and $290,000 from the Road Commission for Oakland County.

TI Automotive is a leading manufacturer of automotive fluid storage, carrying and delivery systems, with 23,000 employees at 130 locations in 29 countries. The company is currently considering expansion of its operations at a new location on Taylor Road in Auburn Hills. However, the company is very concerned over the poor condition of that road. If Taylor Road is not improved, the company has stated it would not expand in Michigan and would instead transition 130 of its employees to other states. TI Automotive plans an investment of $21,000,000 for a new headquarters building and will retain 130 employees and hire an additional 97.
In order to assure future access to TI Automotive’s facility, the City of Auburn Hills will reconstruct Taylor Road from west of M-24 (Lapeer Road) to Lapeer Road.
Total estimated cost for this project is $1,133,716, including $700,000 in state TEDF funds and $433,716 from the City of Auburn Hills.

Macomb County
Yanfeng USA LLC is an automotive supplier focusing on the design and production of interior trim systems. An increase in business has led to a need for the company to expand production. After considering expansion at a number of locations within the United States and Canada, Yanfeng chose a vacant Harrison Township facility due to the proximity of its clients. Yanfeng is investing $56,600,000 to renovate the facility, which is expected to result in 519 new employees.
Executive Drive, an industrial road that serves Yanfeng and other companies within the industrial park, is in an extreme state of disrepair. It no longer drains properly, which results in flooding during heavy rainfall and icy conditions in the winter. The Macomb County Department of Roads will reconstruct Executive Drive between Henry B Joy Boulevard and Production Drive, as well as widen the intersections at these roadways, to allow for improved access for Yanfeng and other companies in the park.
Total estimated cost for this project is $2,335,200, including $1,634,640 in state TEDF funds and $700,560 being provided by the Macomb County Department of Roads.

Halt Heart Disease & Diabetes Feb. 21 in Southfield Is Your Organization Being Used As Phishing Bait?