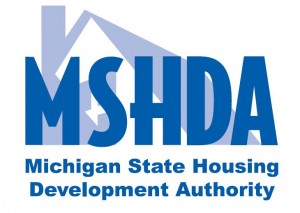 Kevin Elsenheimer, chief deputy director of the Department of Licensing and Regulatory Affairs, was unanimously approved by the Michigan State Housing Development Authority’s board to serve as the organization’s new executive director.

The agency manages a nearly $4 billion balance sheet and enhances Michigan’s economic and social health through housing and community development.
The board’s appointment becomes effective April 26. Elsenheimer replaces Wayne Workman, who has been serving in dual roles as the deputy state treasurer for local government services and as MSHDA’s acting-executive director since August 2014.

“I look forward to working with Kevin on Michigan’s comeback and providing opportunities for Michiganders in regards to housing and community development,” Gov. Rick Snyder said. “He has a strong track record of service in both the public and private sectors, and I’m confident his expertise and knowledge will help effectively support the authority’s mission and goals.” Snyder also said he thanks Workman for his extended service as MSHDA’s interim leader.

Elsenheimer, of Traverse City, has been serving as LARA’s chief deputy director and director of the Workers’ Compensation Agency. As chief deputy director, he has overseen the Office of Policy and Legislative Affairs, the Office of Regulatory Reinvention, the Michigan Liquor Control Commission, the Michigan Administrative Hearing System, and Freedom of Information Act responses. Prior to serving in that capacity, he served as minority Leader in the state House of Representatives, representing the 105th District until 2010.

Elsenheimer is a former assistant prosecutor and owner of a law firm that represents municipalities throughout the state. He attended Michigan State University and Northwestern Michigan College, receiving a law degree from Wayne State University Law School. “MSHDA has a nearly half-century legacy of supporting fair and affordable rental housing, helping the homeless, preserving the dream of homeownership and implementing bold placemaking initiatives that impact community and economic development statewide,” Elsenheimer said. “I am pleased to be tapped for this post and have an opportunity to work with this talented team to amplify the success of programs that already have received national recognition among the country’s Housing Finance Authorities.”

MSHDA is a branch of the state Department of Talent and Economic Development. Director Steve Arwood, said MSHDA will ensure that the state can efficiently and successfully develop, administer and coordinate Michigan’s housing initiatives and programs with precision for years to come.
“I’ve had the pleasure of working alongside Kevin when I was at LARA, and I’m confident the Authority, which will soon mark its 50th anniversary, will continue to make great strides under his leadership,” Arwood said. Arwood was named Board Chair before the executive director vote. Former Chair Tom Saxton is now Vice Chair.