With more character, conviction, and muscle tone than most 63 year old men could muster in their 30’s retired tattoo artist, Paul “Pops” Ringo, and owner of the shop Detroit Ink Art for Life on West Palmer Avenue in Detroit is no ordinary visionary. His energy is high and his determination to capture Detroit in a reality TV series has sparked motivation and an electric collaboration from all spaces of the metro area. 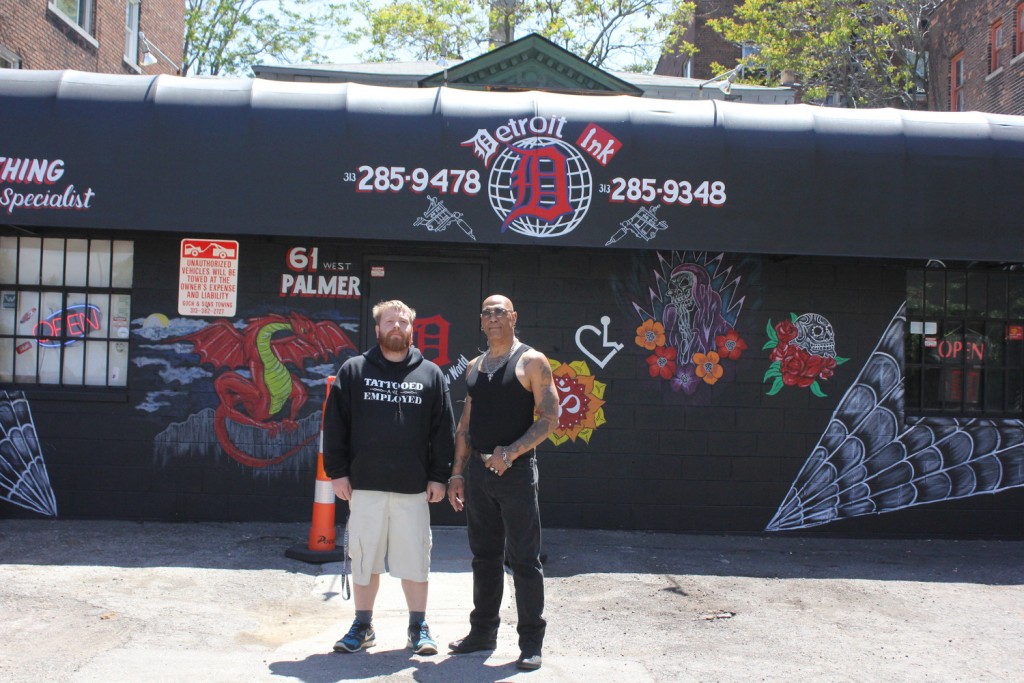 When Cathleen Francois and John Carlos, Executive Directors of GreeningDetroit.com heard of Detroit Ink, they knew it was a success story. As major connectors in the region, the pair contacted a new acquaintance, Jim O’Hara, who was working with Monroe based producer, director, and writer, Jeff Thomas, (http://www.imdb.com/name/nm1414443/?ref_=tt_ov_dr). A meeting was set up and the right vibe was there. Feeling confident, Carlos and Francois introduced O’Hara and Thomas to Ringo and his partner, Graham Ward. The production team was created, and filming began on August 6th.

However, the cast and crew want to make it clear that the show isn’t just about the business. It’s about the true nature of the city and the true heart of the region: the people.Hungry 4 Toys, a charitable foundation in the process of becoming a 501c3, has been collecting charitable donations for children since last winter. One of the founders, Lead Artist and Manager of Detroit Ink, Crazy Davy states donations will be collected during the September 25th event. All toys, food, and clothing will be distributed to families vetted through Cass Community Social Services.
The pilot will be centered around the planning and execution of the first semi-annual rave party on the Detroit Princess September 25th, in collaboration with Jason Muns of Detroit Rave Scene Productions. Muns is responsible for Meltdown, one of Michigan’s biggest rave parties. The party on the boat will be called “Detroit Ink Presents Meltdown: Fire on the River”, with a growing lineup of globally known and locally loved Indy and Rave bands and DJ’s coming to Detroit especially for the event. Along with GreeningDetroit.com, Radio station 89X has thrown its hat in the ring, with a growing list of well known national and area businesses showing interest and received the official sponsorship information yesterday, (for sponsorship information, please contact the names above).
Also involved is Tommy Frantz of Expose Detroit, whose hosting of the Detroit Ink Girls Talent Search has been gathering interested ladies by word of mouth, with the official press notification going out today.  For more information:
https://www.facebook.com/events/872359056177394/
Ward states, “We want to expose Detroit for what it is: on the up and up, strong, and full of life. We don’t want to showcase just the shop and school. We’re going to showcase other venues and events, even going into other artists’ parlors. We are very socially oriented.”
Detroit Ink is unique. Housing one of the first piercing and 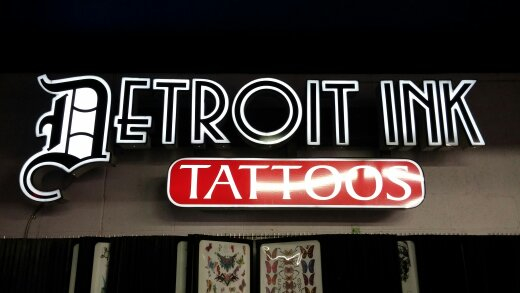 tattoo schools in the nation, Ward explains that students will leave with all of the accreditations and equipment they will need to start their own business practice. But the feel of Detroit Ink is more like home to many of the customers and staff. The large center of the shop, the lobby, generates the comfort of a favorite basement rec room. There’s a pool table, large flatscreen TV, and comfortable, leather furniture that often encourages people to sit for longer periods than they expect to stay. Included with jewelry and tattooing supplies, retail areas sport speciality clothing, art supplies, and new age herbs and local artwork.
For those who want to be a part of the pilot, the 1700 tickets for the “Detroit Ink Presents Meltdown: Fire on the River” Party will go on sale on September 1st. Prices are expected to be $75.00 and $120.00 for VIP. More information is to come, so stay tuned!
Written by Cathleen Francois, Assistant Executive Director / COO and Writer for greeningdetroit.com
DEQ accepting comments on southwest Detroit air quality plan HGTV special receives incentive from Michigan Film Office