A large contingent of the growing Metro Detroit green economy attended the Eco Works 7th Annual Breakfast at the Detroit Yacht Club (DYC) last Friday, September 18th, brilliantly hosted by Detroit Free Press Emmy award winning journalist Stephen Henderson. The event featured a wonderful video of the great progress Eco Works is having with the community at large in terms of awareness, education, training and featured sustainable projects that are having a positive impact on the region. The video eloquently expressed the areas in which eco Works is having an impact, including: Residential Education; Reclaim Detroit, Youth Energy Squad and Green Consulting. Former Executive Director, Jacob Corvidae, came back to warm up the audience by performing a beautiful song on his guitar. Greetings came from Chairman of the Board Van Adams and recently appointed Executive Director, Justin Schott.

The event also featured the sustainable communities champion awards ceremony where four organizations were singled out for their distinctive contributions to a more sustainable community. Winners of the 2015 sustainable communities champion were: Malik Yakini of the Detroit Black Community Food Security Network, John Viera of Ford Motor Company, Jim Newman of Newman Consulting and Nikkia Jones from Soulardarity, who individually spoke of their passions for making Detroit a better place to live, work and prosper. It is a wonderful tribute to recognize those community leaders who are also making a difference in our daily lives and the audience showed their appreciation with prolonged, warm applause.

DRAWING INSPIRATION FROM OUR FORMER GOVERNOR

Speaking of tributes, Governor Jennifer Granholm brought the house down with her inspirational presentation. Governor Granholm spoke of the Michigan “crisis” during her 2 terms as Governor and where Michigan could be in the next several years based on some of the choices government, business and the non-profit world makes in the months and years’ ahead on clean energy policy and jobs. Of course, we can’t determine where we’re going if we cannot recall from where we’ve come and the former governor gave the audience quite a history lesson on what it was like to be Michigan’s governor during those dark days in Michigan.

The Governor spoke of an early plant closing story involving a large refrigeration plant in Greenville, basically a 1 industry small town in the middle of the state. The story told was the plant was going to close and move to Mexico and notwithstanding the state, county and local jurisdictions “making an offer the company couldn’t refuse”, they deliberated for just 17 minutes before telling the Governor they were going to close. The reason: Cheap labor in Mexico was the draw and the state just couldn’t compete with $1.75/hour Mexican wages on any level with incentives. Unfortunately, that was the typical scenario back in 2005 moving forward and happened countless times as company after company left the state, along with thousands of middle class, skilled jobs.

Fast forward to 2015. Ms. Granholm is out of politics and working at University of California-Berkeley, The Berkeley Climate Institute on the American Jobs Project. The goal: Create a clean energy sector jobs market that creates good paying, stable, middle class jobs in which our economy can grow. Ms. Granholm remarked the timing is right for this initiative to take hold and Michigan can be part of this growth strategy, especially as it relates to advanced battery technology. The Governor commented on successful companies in Michigan leading the way, including Toggled in Troy and Climatec, recently purchased by Bosch, third largest appliance manufacturer in the world.

Ecoworks Mission is to create opportunities to learn and practice the sustainable use of energy and natural resources through innovative education, job training, consulting social business and advocacy. If turnout at Ecoworks 7th annual breakfast and having almost twenty sponsors for this breakfast is any indication of serving their mission, Ecoworks is well on their way to becoming an institution driving substantial development of a Green Economy right here in Southeast Michigan. Looking forward to another year of green growth with Ecoworks.

ROBERT E. MATTLER, Attorney and LEED AP BD+C, is Market Director for PACE-Equity, Michigan. He speaks and writes about emerging green real estate and development issues in Michigan and elsewhere. Bob is also the senior news correspondent for www.greeningdetroit.com For more information, contact Bob at PACE-Equity, (248) 762-4370; or by e-mail: bmattler@pace-equity.com 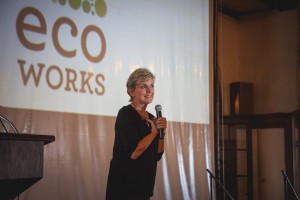 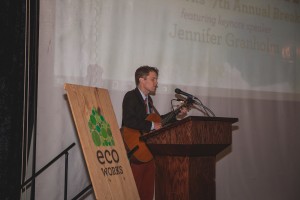 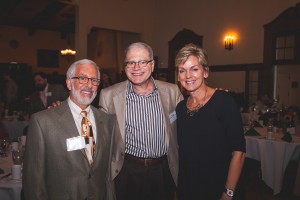 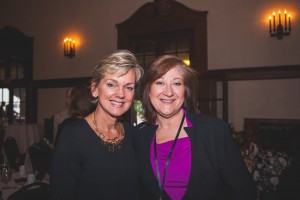 ➡️ Click Here To Be Introduced To Eco Works