Interested businesses, government, and environmental advocates were on hand to hear presentations from local and out of state experts give the latest information on developmental technology, successful programs, funding opportunities, as well as regional collaborations, and climate impact updates. Table vendors included organizations like Sierra Club, the Clinton River Watershed Council, and company’s with expert technology and ability to work wonders in managing water systems, such as Parjana and Interfaceh2o. Fritz Klingler, PE and President of FK Engineering states, “We wanted to be here to support the efforts of Jim Nash who has taken a huge lead in supporting green infrastructure and smart solutions to developing the stormwater problems that we have here, as well as network with other folks involved in the effort, as well as hopefully learn a thing or two!”

The keynote speaker is Dr. Patrick Lawrence, Professor and Department Chair at the University of Toledo, gave an informative presentation, “When the Water Turns Green,” on the harmful Lake Erie event. For further information on this topic you can read more from Dr. Lawrence here: http://www.partnersforcleanstreams.org/articles/387-explination-of-harmful-algal-blooms-from-dr-patrick-lawrence

Michelle Selzer, of the Michigan Office of the Great Lakes, (and a long time Synergy Leader with GreeningDetroit.com), gave an in depth update on the “Michigan Water Strategy” and Rebecca Esselman of the Huron River Watershed Council spoke on “Building Resilience to Climate Change Through Stormwater Management”. Her passion for sustainability has had her with the organization for over 3 years. When asked the most important features of the conference, Esselmen states,“Bringing together experts for knowledge exchange; learning from each other is key. I’m here to make new connections, learn more about the projects going on right now and how they may be applied to our own work.”

This year local and out of state presenters were on board to broaden the information from Urban Space to Grass Roots green sustainability and infrastructure. These included newly appointed Deputy Director of Detroit Water and Sewerage Department, Palencia Mobley, Carol Hufnagel of TetraTech, Julie Stein of HDR Engineering, NYC, Valerie Strassberg, Director of Urban Conservation, The Nature Conservancy, Rick Burns of NTH, Greg Kacvinsky of OHM, Stacy Hissong from the MACDC, Jeff Klein of Detroit Farm & Garden, Dr. Don Carpenter of LTU. John Zawiskie of the Cranbrook Institute of Science wrapped up the speaker line-up with a history of how the great lakes were formed.

“Implementation of green infrastructure practices is important to the City of Detroit to rebuild the cities landscape and create a mores sustainable and resilient City,” states Mobley. “Today it was important to network with peers across Southeastern Michigan to learn what we are all doing in this space and how we can best leverage each other’s knowledge.”

Greg Kacvinsky OHM’s Project Manager who’s topic was “Infrastructure Funding for the 21st Century” spoke about how the federal government is getting out of the business of funding infrastructure. “It’s going to be up to state and local municipalities now. All the infrastructure that the government financed in the second half of the 20th century has to be replaced. Now the communities have to take on the responsibility. raise more funds if they don’t want their systems to fall apart. It has to be done quickly and aggressively.” OHM advises communities on infrastructure and community development. We do a lot of design and economic structure.”

“We think we are helping the region move on this emerging set of issues said Craig Covey, WRC Community Liaison and conference organizer. “we want to see local and state government and business work together to help protect our lakes and rivers and reduce the risks from pollution and flooding for future generations”, he added. 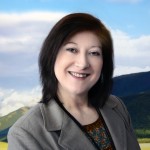