On a dark and damp early December day, the local business community gathered to network, enjoy a delicious upscale breakfast and receive an economic 2016 forecast for both Michigan and the national economy. With the capacity crowd assembled at The Great Lakes Culinary Center in Southfield, DBusiness Magazine Editor R.J. King welcomed attendees and thanked the Institute for their gracious hospitality. He also highlighted other events being featured in the coming days and months by DBusiness Magazine, which provides unique insight to the Detroit business community on a monthly basis and has been doing so for years. Mr. King proceeded to introduce David Littmann to the audience.

Mr. Littmann previewed his background, past work as an economic analyst for financial institutions and provided a plethora of statistics outlining the depths of Michigan’s recession and its remarkable recovery in such a short period of time. Thankfully, the conversation on Michigan’s economy and our state’s financial fortunes have substantially changed for the better over the last several years. Mr. Littmann also provided many sobering comments and backup statistics to quash any feeling of current complacency from attendees. Some reasons for this slightly szichophrenic outlook included present policies by the Fed and Michigan, a tepid recovery in Michigan compared to prior recoveries and the relatively flat wage increases and consumer purchasing power both nationally and in Michigan during this most recovery.

While real GDP growth increased 2.1 percent in the third quarter of 2015, national unemployment receded and vehicle sales were up, they were still far below pre-recession levels and were forecasted to remain below such levels until at least 2017. The good news nationally was that pent up demand for new vehicles positively impacted the Big 3 sales this year and boosted our local economy as a result.

Mr. Littmann is fearful that we may have already seen the best numbers for our national and state recoveries. While Littmann commented the US economy grew for the 7th consecutive year, he bluntly stated that without poor, regressive policies, along with corruption and fraud, our past few years of a modest recovery would have been much more robust.

The biggest drag on our state economy in Littmanns’ opinion is the continued subsidies for Detroit public schools, community legacy costs for health and pensions that are massively underfunded and no responsible economic or fiscal policy changes to avoid further drag on a more robust and quicker recovery. There is the whole other question as to whether our state and national economies can sustain themselves “post election” when an entirely new administration takes over.

It is expected Michigan’s growth next year will be between 2.5% and 3.0%. The states’ unemployment rate is now below the national average and will probably remain so for 2016 with at least 16 million cars projected to be sold worldwide. Littmann expects the national economy to have a meager GDP growth rate of 1.7% – 2.0%.

Finally, some other concerns of Mr. Littmann include no hint of responsible economic reforms, expansion of the public economy at the expense and contraction of the private economy and the sheer immensity of unfunded pensions that have yet to be addressed. For these and other reasons, the economist believes our time for such corrections may truly be running out and the 5 year outlook, according to Mr. Littmann, “just ain’t great”. 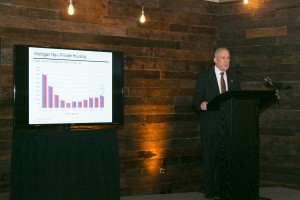 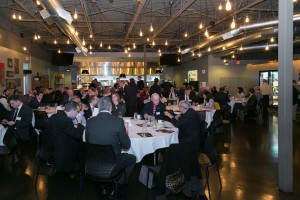 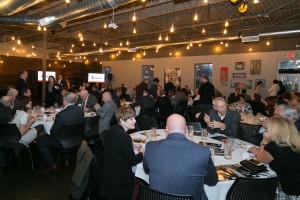 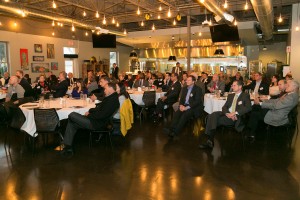 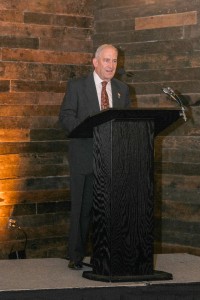 ROBERT E. MATTLER is Managing Director for PACE Equity in Michigan. He speaks, writes and reports about emerging green real estate and development issues in Michigan and elsewhere. Bob is a senior correspondent for GreeningDetroit.com. For more information, contact Bob at PACE Equity 248-762-4370; or by e-mail: bmattler@pace-equity.com.

➡️ Click Here To Be Introduced To PACE Equity