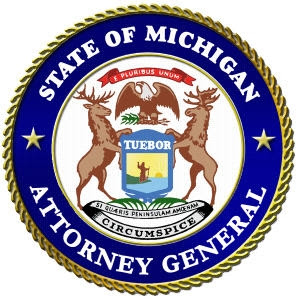 Michigan Attorney General Bill Schuette today announced a settlement over claims against a charity known as Firefighters Support Services (FSS) of Wyandotte, Michigan. The group used deceptive phone calls to fundraise claiming that funds went to help firefighters and victims of fire but more than 90% went elsewhere. As part of the settlement FSS will dissolve their operations within 60 days.

Additionally as part of the settlement, Firefighters Support Services’ three directors have agreed to pay $144,000 over the next three years, and its directors have agreed to never again serve as directors or officers for a charitable entity. Three-quarters of the settlement amount will benefit the Southeast Michigan Chapter of the American Red Cross for the purpose of home fire relief. The remaining one-quarter will pay for the cost of the investigation.
“Michigan residents are very generous, but the unfortunate reality is that we all must be cautious of those that would exploit that generosity,” said Schuette. “The directors and officers of charities have a responsibility to the public to ensure that their organization’s solicitations are truthful. Today’s settlement protects the public by ensuring that the operators of this charity cannot deceive residents any longer. Donors should also remember to protect themselves by researching charities before donating.”

How to Avoid Scam Charities
Schuette once again reminded donors that some telemarketers, such as Southfield-based Associated Community Services in the present case, keep 85% or more of each donation. Schuette encouraged donors to research their own charities and to give directly to the charity. For more information on professional fundraising costs, see the Attorney General’s 2015 Professional Fundraising Charitable Solicitation Report.

“Today’s guilty plea brings some closure and more importantly restitution to the men and women left in a financial hardship due to this man’s deception,” said Schuette. “Individuals who take advantage of people when they are going through a hard time for their own personal benefit will not be tolerated. I want to thank my Homeowner Protection Unit for their diligent work in bringing this case to a close.”

Longordo also paid $125,000 in restitution at today’s hearing. The money will be distributed to his victims.
Longordo is scheduled to be sentenced on September 27, 2016, at 8:30 a.m. in the Oakland County Circuit Court.
The Deapartment of Attorny General was assisted on this case by the Federal Housing Finance Agency, Office of Inspector General.
“Pasquale Longordo took advantage of victims desperate to keep their homes. He not only mislead them in his ability to negotiate on their behalf, rendering them helpless, but he also took their money and used it for his personal gain,” said Catherine Huber, Special Agent in Charge, Midwest Region, Federal Housing Finance Agency, Office of Inspector General. “The guilty plea today is the first step in holding him accountable for his criminal conduct. Our office is committed to working with our law enforcement partners to seek justice for victims of this type of fraud.”

Case Background
Longordo and Modify Loan Experts allegedly promised victims that they would have an attorney assigned to represent them and negotiate mortgage modifications on their behalf with mortgage companies. However, this did not happen and many victims lost their homes as a result.
Additionally, Longordo, who also operated a credit card debt management service, allegedly told debt management victims he was putting their funds into an escrow account and that he would use the payments to negotiate their debt with credit card companies. In reality, Longordo put the victims’ funds into a regular bank account and allegedly used that account like his personal ATM.
During this time, Longordo allegedly received unemployment compensation although he was ineligible.