Moving forward with clean power without the Clean Power Plan 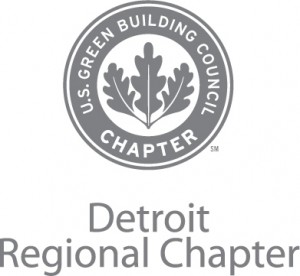 With the new administration taking shape, the future form of the much-debated Clean Power Plan is unclear, though change is certain. However, there are still many opportunities for states to continue progress on clean energy and efficiency started under the auspices of the rule, and we are looking to the future.

The Clean Power Plan was a core feature of the previous administration’s approach to reducing greenhouse gas emissions, and the United States’ commitment under the Paris Agreement. The plan is an EPA regulation targeting carbon emissions from existing fossil fuel power plants. One of the ways it is distinct from some other Clean Air Act rules is that it imposes the reduction targets on state air regulators, who have the responsibility to develop and implement a state-specific approach to achieving the targets. States have flexibility and can use end-user energy efficiency and renewable energy generation toward compliance; each of these approaches avoids the need for fossil fuel power generation and associated emissions.

After the EPA published the final rule in October 2015, more than 50 lawsuits were filed challenging its legality, constitutionality and other aspects.  The Supreme Court issued a stay—putting implementation of the rule on hold—early last year, and the litigation is still pending in the Court of Appeals for the D.C. Circuit.

With the new administration’s clear opposition to the current Clean Power Plan, it is expected that the rule will be shelved, replaced or rescinded for the near term. Unless Congress acts, EPA is required to issue a carbon dioxide regulation for power plants, stemming from the Clean Air Act, a Supreme Court ruling and the 2009 EPA endangerment finding that carbon dioxide and other greenhouse gases are pollutants that endanger public health and welfare.

The government may have several options for halting implementation of the rule, such as asking the court to remand the rule back to EPA to issue a replacement rule—which could take years and potentially result in a weak rule with no “outside the fence line” elements. The administration might decline to defend it in court and look for a fatal court ruling; this could be complicated because a coalition of states and cities sought to join environmental groups in putting up a defense of the rule.

There also seems to be a possibility that the EPA will withdraw or modify the underlying endangerment finding, though it would have to provide a rational explanation for such change. Litigation over any of these options is a virtual certainty, adding to the delay before any future version of the Clean Power Plan would go into effect.

USGBC has supported the rule from its inception, providing comments and testimony with recommendations on leveraging private-sector building energy efficiency toward compliance, and maximizing the effectiveness of an early action program and its impact on low-income communities. Analyses have repeatedly shown that energy efficiency is a least-cost way for states to meet their Clean Power Plan targets. Boosters for energy efficiency were hopeful the rule would drive new investment in efficiency by states, utilities and the private sector, as states sought to create new pathways to achieve verified electricity savings.

What the Clean Power Plan started cannot be undone. For example, in many states, initial work on compliance planning has elevated communications about energy efficiency across normally stove-piped state agencies. Additionally, the prospect of the plan has created many opportunities for stakeholders, including for USGBC, our community and our members to share views on policy with state officials.

It may be that only a small number of states continue formal Clean Power Plan planning, but we are hopeful that the engagement and collaboration processes that the rule started will continue, with or without the rule, and lead to enhanced energy efficiency policies in the states. The plans for a National Energy Efficiency Registry will continue, and that remains a promising long-term development to value and drive investment in private sector efficiency.

Top 4 Green Universities that Set an Example for Others

News From The ESD – The Holidays Are Right Around The Corner! Help Us Put a Smile on Local Children’s Faces This Holiday Season