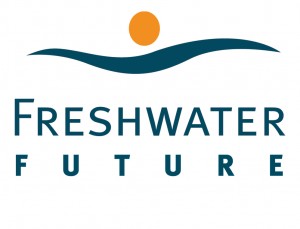 Ontario Power Generation’s (OPG) much maligned and delayed plan to build a nuclear waste depository near the shore of Lake Huron hit another snag last week.

The Minister of Environment and Climate Change Canada, Catherine McKenna, further delayed a decision on the proposed storage facility when she requested OPG provide more information on the plan’s possible effects on the “physical and cultural heritage” of the local First Nation (indigenous) population. The Canadian government has a common law duty to consult and accommodate First Nations, and as OPG and the government of Ontario await input from the Saugeen Ojibway Nation and Chippewas of Nawash Unceded First Nation, the final decision timeline is once again indefinite.

The facility would lie 1.2 kilometers (¾ of a mile) from Lake Huron at a depth of 680 meters (2,231 feet) and cost $2.4 billion to construct. It would store low- and medium-level nuclear wastes, which includes everything from contaminated tools, water filters, cleaning materials, decommissioned reactor parts, and protective suits but excludes the actual reactor fuel. Most low-level waste is harmless after 100-200 years, but some medium-level waste can remain radioactive for over 100,000 years.

Opposition has been swift and decisive on both sides of the border: 224 resolutions opposing the deep geologic depository (DGR) plan have been passed in jurisdictions representing more than 23 million Canadian and American citizens. In June, a bipartisan group of 32 members of Congress—led by Michigan Representatives Debbie Dingell (D-Dearborn) and Dave Trott (R-Birmingham)—sent a letter urging Secretary of State Rex Tillerson to leverage his influence in opposition to plan.

“Any spill in this area would be catastrophic for the entire region and no barrier or wall would be able to contain it,” said Dingell, who during a brief meeting last year with Canadian Prime Minister Justin Trudeau urged him to reject the plan. “OPG has identified other locations outside the Great Lakes basin that would be technically feasible and those options must be pursued.”

The Canadian government has indeed asked OPG to evaluate alternatives to the Lake Huron site on several occasions. Each successive attempt at forcing the crown corporation (a publicly owned corporation) to identify a suitable alternative has failed. OPG asserts that the site is stable because the underlying sedimentary rock formation hasn’t moved in millions of years. Additionally, they identify the high salinity at the storage depth as conclusive evidence that Lake Huron water hasn’t reached the area, as any water would have absorbed and removed the salt. Other sites in Northern Ontario have been identified, but OPG claims that there is greater inherent risk to building a new depository and transporting nuclear waste thousands of miles. They cite the higher cost, greater environmental risk, and project delay of 15 years as reason to move forward with the original Lake Huron site.

Ontario generates around 60% of its electricity from nuclear power, making nuclear waste management a top priority problem. Right now, waste is stored at or near the surface, where it is potentially vulnerable to weather and other natural forces. At Freshwater Future, we agree that Ontario needs a permanent solution to nuclear waste storage, but placing it permanently at the edge of the largest freshwater body in the world is unacceptable.

If radioactive wastes make it into Great Lakes waterways, there is no scalable technology to recover it. Radioactive material would slowly spread throughout the basin, and remain there for thousands of years.

Given that every other DGR in the world has failed to contain dangerous and potentially lethal radioactive waste, why is Canada prepared to take on that tremendous risk in a region home to 40 million Canadian and American citizens and the world’s largest deposit of fresh surface water?