U.S. Department of Commerce Finds Dumping and Subsidization of Imports of Softwood Lumber from Canada 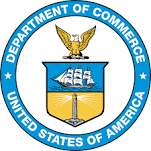 Today, the U.S. Department of Commerce announced the affirmative final determinations of the antidumping duty (AD) and countervailing duty (CVD) investigations of imports of softwood lumber from Canada.
While significant efforts were made by the United States and Canada, and the respective softwood lumber industries, to reach a long-term settlement to this on-going trade dispute, the parties were unable to agree upon terms that were mutually acceptable. As a result, the investigations were continued and Commerce reached its final determinations.
“While I am disappointed that a negotiated agreement could not be made between domestic and Canadian softwood producers, the United States is committed to free, fair and reciprocal trade with Canada,” said Secretary Ross. “This decision is based on a full and unbiased review of the facts in an open and transparent process that defends American workers and businesses from unfair trade practices.”
The Commerce Department determined that exporters from Canada have sold softwood lumber the United States at 3.20 percent to 8.89 percent less than fair value. Commerce also determined that Canada is providing unfair subsidies to its producers of softwood lumber at rates from 3.34 percent to 18.19 percent.
As a result of today’s decision, Commerce will instruct U.S. Customs and Border Protection (CBP) to collect cash deposits from importers of softwood lumber from Canada based on the final rates.
In 2016, imports of softwood lumber from Canada were valued at an estimated $5.66 billion.
The petition was filed on behalf of the Committee Overseeing Action for Lumber International Trade Investigations or Negotiations (COALITION), which is an ad hoc association whose members are Plywood filed the case on behalf of its individual members: U.S. Lumber Coalition, Inc. (DC), Collum’s Lumber Products, L.L.C. (SC), Hankins, Inc. (MS), Potlatch Corporation (WA), Rex Lumber Company (FL), Seneca Sawmill Company (OR), Sierra Pacific Industries (CA), Stimson Lumber Company (OR), Swanson Group (OR), Weyerhaeuser Company (WA), Carpenters Industrial Council (OR), Giustina Land and Timber Company (OR), and Sullivan Forestry Consultants, Inc. (GA).
The antidumping duty and countervailing duty laws provide U.S. businesses and workers with an internationally accepted mechanism to seek relief from the harmful effects of dumping unfairly priced and unfairly subsidized imports into the United States.
Enforcement of U.S. trade law is a prime focus of the Trump administration. From January 20, 2017, through November 1, 2017, Commerce has initiated 77 antidumping and countervailing duty investigations – a 61 percent increase from 48 in the previous year.
AD and CVD laws provide U.S. businesses and workers with an internationally accepted mechanism to seek relief from the harmful effects of dumping unfairly priced and unfairly subsidized imports into the United States. Commerce currently maintains 412 AD and CVD orders which provide relief to American companies and industries impacted by unfair trade.
If the U.S. International Trade Commission (ITC) makes affirmative final injury determinations, Commerce will issue AD and CVD orders. If the ITC makes a negative final determination of injury, the investigation will be terminated and no order will be issued.
Click HERE for a fact sheet on today’s decision(s).
The U.S. Department of Commerce’s Enforcement and Compliance unit within the International Trade Administration is responsible for vigorously enforcing U.S. trade laws and does so through an impartial, transparent process that abides by international law and is based solely on factual evidence.
Foreign companies that price their products in the U.S. market below the cost of production or below prices in their home markets are subject to AD duties. Foreign companies that receive financial assistance from foreign governments that benefits the production of goods from foreign companies and is limited to specific enterprises or industries, or is contingent either upon export performance or upon the use of domestic goods over imported goods, are subject to CVD duties.