The MDEQ Radiological Emergency Preparedness (REP) Unit is responsible for training for and responding to disasters involving radioactive materials. With five physicists based in Lansing, they are the group responsible for coordinating the collection of field data and analyzing it to make safety recommendations.
As part of this work, the MDEQ REP Unit has become a leader in the national REP community’s efforts to integrate RadResponder-a comprehensive data management system-into radiological emergency response. David Skutt and Todd Trygier have led the DEQ’s adoption of RadResponder and have leveraged its capabilities with a wealth of additional technology to maximize its utility. They’ve been very involved in field testing the RadResponder Windows app, with over 20,000 data points taken since late September 2016, most of which have been collected around each of the three commercial nuclear power plants in the state.
One of the 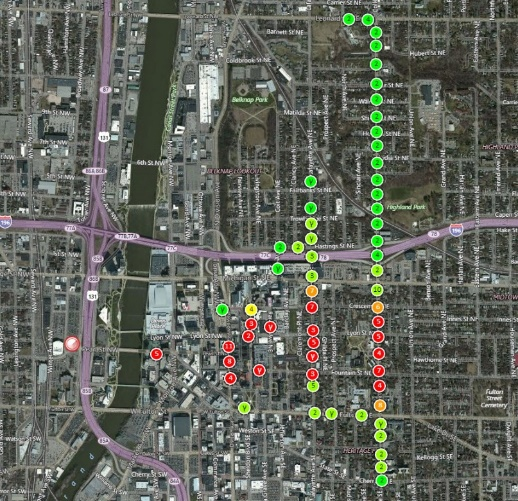 unique initiatives their program has been developing is a more automated way to collect data in the field when responding to a nuclear power plant accident using the RadResponder Network. Human error can be a problem when submitting field data, leading to miscommunication of results and delays in dose analysis. To address this issue, the REP Unit have looked at ways to reduce human error. Using Bluetooth-enabled survey meters, data can be sent to a computer and submitted directly to the RadResponder Network. Once there, it can immediately be seen by analysts and be used to make protective action recommendations to decision makers.
In addition to incorporating RadResponder into their response program, the REP Unit has also integrated a computer simulation package, Teletrix, into their training process. The Teletrix software creates artificial readings which can be sent directly to the survey meter through use of radio frequency and special probes, which allows for more realistic trainings for responders without exposing them to radiation. Combined with RadResponder, this simulation package can be used to model real nuclear power plant emergencies to more comprehensively train emergency responders, and was demonstrated this year during the National REP Conference in April, scheduled REP drills in April and May, and a training in South Bend, IN in October.
A big update to the REP Unit’s emergency preparedness procedures, 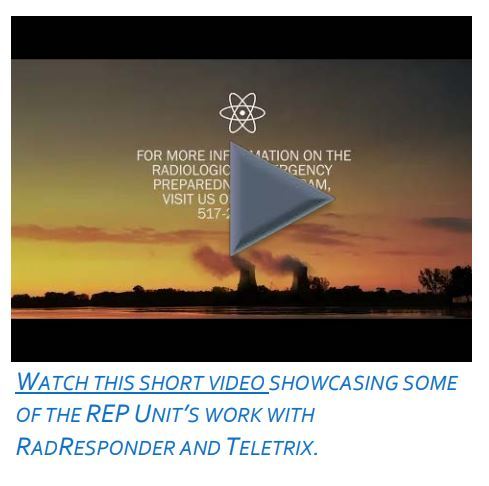 training, and equipment is already underway to incorporate the RadResponder/Teletrix systems into their response. They began their testing with RadResponder using Surface Pro 3’s, Garmin Glo GPS units, and Verizon Mi-Fi units. They have recently acquired new equipment, including the Lenovo Yoga X1 tablet and ThinkPad T470 computer, which have built-in internet and GPS capabilities through use of a SIM card. This new equipment simplifies and speeds up setup time by relying on only the meter and a computer to operate. This also moves the program one step closer to their ultimate goal of real-time radiological dose assessment using a completely automated system.
Click here to be introduced to the MEDC

➡️ Click Here To Be Introduced To Michigan Department of Environmental Quality