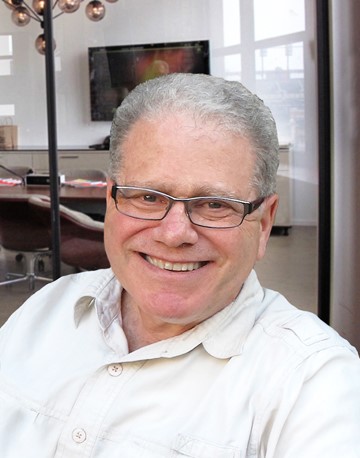 (entrance on Woodward Ave. Parking on street or in ramp)

Former Detroit Free Press photographer, Douglas Elbinger will have his first exhibit in Detroit in over thirty years. The photographic portraits on display at the Fourteen East during the month of May are a selection of images from his virtual gallery which you can view and share at this link Heroes of the Revolution.  Photographs include rare images of the Beatles, Rolling Stones, and many Detroiters you will recognize.

Douglas Elbinger has been making photographs since the age of 14. Doug’s career began as an assistant to the legendary Detroit Free Press ‘chief’ photographer Tony Spina. While still in high school he photographed the Beatles on stage with them during their August 1966 concert in Detroit. Since then Doug has traveled the world seeking interesting people and places to photograph. Highlights from his early photo-journalism career include Robert F Kennedy’s presidential campaign and the Soviet invasion of Czechoslovakia in 1968. For over fifty years, Elbingers’ photos have appeared in countless books, magazines, newspapers, annual reports, album covers, trade journals, catalogs, and web sites. People everywhere count on Doug to “put them in a good light”.

Based in Bloomfield Hills, Michigan, Doug enjoys working on a variety of personal, corporate, and institutional projects. Doug’s transition into the energy conservation space and environmental journalism has been a natural progression.

“In the last several years I have focused my efforts on renewable energy and energy conservation. I am a co-founder of Greenlancer.com, a cloud-based solar design service that is one of the Quicken Loans family of companies based in Detroit, Michigan. More recently, I have become an advocate for PACE (Property Assessed Clean Energy) financing and partnered with Newman Consulting Group LLC, an internationally recognized team of experts in commercial and industrial energy management systems.

Doug serves on the board of directors of the non-profit organization ‘Michigan Energy Efficiency Contractors Association (MEECA) and is a regular contributor to Environmental Network News , Renewable Energy World, and Construction Association of Michigan Magazine.

Published in 2010, “Encounters with Remarkable Men”, is a photographic retrospective of his career in media, featuring rare photos of the Beatles, Rolling Stones, and many others you may recognize. Now available on Amazon.com, or you can view it for free here
at https://issuu.com/elbinger/docs/ewrmvb