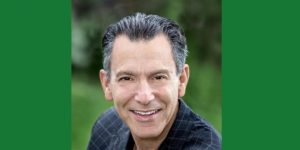 PBNSG welcomes Joel Kahn, MD speaking on
Ketosis: Is A Low Carb Diet Lethal?
The latest dietary trend is the low-carb diet, sometimes called Keto or Ketogenic diet. The Keto diet isn’t a new idea, it goes back at least 40 years to the Atkin’s Diet. There is a large amount of scientific research indicating this is an unsafe way of eating when consuming animal based products.
Plant-Based Ketogenic diets will be discussed and the data for and against them will be presented.

Dr. Kahn has authored scores of publications in his field including articles, book chapters and monographs. He writes articles for MindBodyGreen, Thrive Global, and Reader’s Digest and has five books in publication including Your Whole Heart Solution, Dead Execs Don’t Get Bonuses and The Plant Based Solution. He has regular appearances on Dr. Phil, The Doctors Show and Fox 2 News. He has been awarded a Health Hero award from Detroit Crain’s Business. He owns 3 health restaurants in Detroit and Austin, Texas.