The Center for a Sustainable Future, 4260 Tipton Hwy., continues to be a teaching tool for students in the county, Science Consultant Leslie Coates said.

Around 140 high school students who attend classes at the building daily.

“It’s used by our students for all different aspects of agriculture and horticulture and natural resources,” Principal Shelley Jusick said. “We’re constantly evolving our program to meet the need of students in the agricultural (career) pathway.” END_OF_DOCUMENT_TOKEN_TO_BE_REPLACED

Bringing PEACE to Students in the New School Year

As this school year comes to a close, please consider bringing “PEACE” to your students next year!  I speak to all grades, on all topics, with each of my programs customized t
o meet your needs.  I’m available for assemblies, keynotes, retreats and more.  That said, I look forward to hearing from you and the opportunity to share my heart with your community!

END_OF_DOCUMENT_TOKEN_TO_BE_REPLACED

When they were in college, Matt Morawski and Sarah Mayberry Morawski were beneficialies of Michigan Education Trust contract that paid for their tuition.

It’s money that Matt says is much appreciated as they continue to build college savings for their three children: Addy, 7, William, 5, and Jack, 1. END_OF_DOCUMENT_TOKEN_TO_BE_REPLACED

We’re excited to be entering a new era of green building in Detroit. With new leadership, new projects and a new, closer alignment with the national organization, the U.S. Green Building Council Detroit Region is back in a big way.

END_OF_DOCUMENT_TOKEN_TO_BE_REPLACED

Michigan Attorney General Bill Schuette today encourages everyone to use Safer Internet Day, February 7, 2017, as a way to brush up on a number of practices that help protecting their privacy on the Internet.

END_OF_DOCUMENT_TOKEN_TO_BE_REPLACED

AWEA Wind Power on Capitol Hill is a rare opportunity for AWEA members to participate in advocacy training and then put that training to work to educate legislators and their staff on the wind industry’s top policy initiatives at both the state and federal level.

END_OF_DOCUMENT_TOKEN_TO_BE_REPLACED 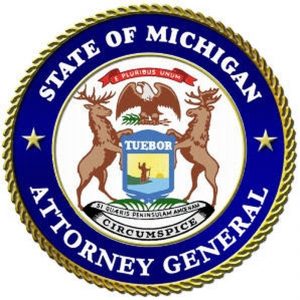 LANSING – Michigan Attorney General Bill Schuette today released an official legal opinion clarifying state law regarding the potential closure of underachieving schools in Detroit by the State School Reform Officer (SRO). The opinion states that under current Michigan law, schools operated by the Detroit Public School Community District are subject to closure before the end of the current school year if they are among the lowest-achieving 5% of all public schools for the immediately preceding 3 school years.

END_OF_DOCUMENT_TOKEN_TO_BE_REPLACED

The Michigan Department of Education today launched a multi-media campaign to recognize and celebrate the great work being done by Michigan educators. The campaign is called “Proud Michigan Educator.”