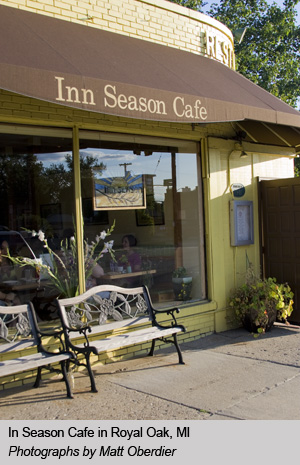 The Inn Season Cafe in Royal Oak, Mich., began in 1980 as an idea formed by three individuals wanting to start a vegetarian restaurant with a menu inspired by the food of Greek Town, Mexican Village and other places of culinary heritage in Detroit.

Since 1981, the restaurant has stood as the premiere organic vegan and vegetarian dining location in Michigan. Still today, the Inn Season Cafe strives to present its customers with skillfully prepared dishes while using the freshest ingredients that are organic, seasonal and local. 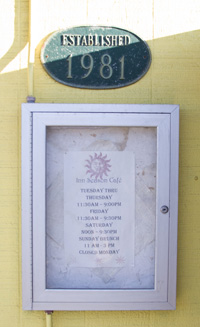 As stated on the restaurant’s Web site, the Inn Season Cafe is dedicated to the health of its customers through its commitment to vegetarian cuisine. The ingredients used at the restaurant are grown without the use of pesticides or other chemicals that have negative effects on both farmlands and human health.

The Inn Season has won numerous awards for its exquisite, healthy food options from publications in and around Detroit including Hour Magazine and Metro Times.

The restaurant offers menus for both lunch and dinner as well as desserts and Sunday brunch. To learn more about the Inn Season Cafe visit www.innseasoncafe.com.