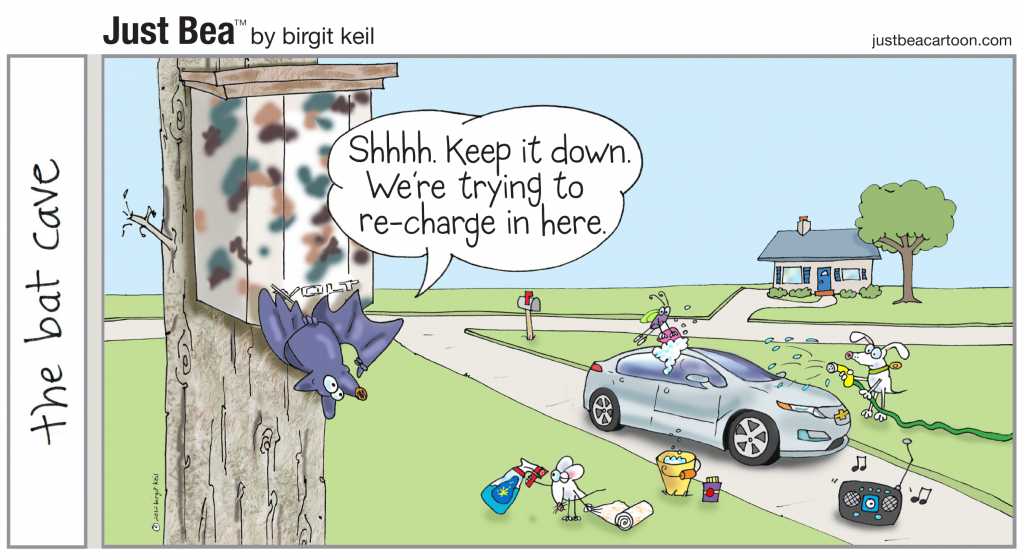 Bats. Not sure about ‘em. My basic introduction to them began at an early age Saturday mornings while watching Sir Graves Ghastly horror flicks and seeing a vampire manifest itself into a bat. Come to find out it doesn’t really work that way.

“Unfortunately,” according to the Organization for Bat Conservation, “due to many years of fear and misunderstanding, bat populations are decreasing and some are nearly extinct.”  Don’t be afraid. But you don’t need to open up your home to them either. Since their natural habitat is quickly disappearing, bat houses give them a place to call their own.

John Bradburn is General Motors’s resident expert on waste reduction and recycling. Rather than just recycling, which uses more energy and resources, he focuses on repurposing materials and what to do with unwanted scraps. So, with his love and appreciation of the earth and its wild life –  combined with his job, he came up with a pretty cool idea. While trying to figure out what to do with scrap Chevrolet Volt battery covers, he came up with bat houses! So, he along with the help of Rob Mies, founder of the Organization for Bat Conservation located at the Cranbrook Institute of Science, figured out how to make the habitable environment for bats out of them.

I had no idea that the Little Brown Bat can eat up to 6,000 insects each night. Bats are the primary predators of night-flying insects including moths, beetles, flies, and mosquitoes. And if one of these bat houses can hold up to 150 bats, that’s 900,000 bugs in a night – gone!

Put away the Raid® and get yourself a bat house.

If you’re a school or organization and would love to adopt a bat house, wood duck nesting habitat or a screech owl house, contact john.bradburn@gm.com and see if he can hook you up with your very own habitat.

And, for additional fun stuff about bats visit www.batconservation.org