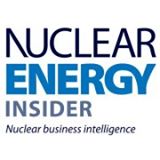 As threats go, the humble jellyfish hardly looks like a formidable opponent. With a body that is between 95% and 98% water, plus no digestive or nervous system, the average Cnidarian would seem unlikely to imperil mankind’s mightiest power generating systems, for example. But you might be surprised. In September a swarm of moon jellyfish (Aurelia aurita), a species that is not even dangerous to swimmers, took on one of the biggest nuclear plants on the planet… and won. The umbrella-shaped creatures clogged a cooling water intake at the Oskarshamn nuclear power plant in Sweden and forced operator E.ON Kärnkraft Sverige to shut down the third reactor, cutting off 1,450MW of generation for several days. Nor was this the first time jellyfish had struck a nuclear power plant. Oskarshamn had experienced the problem previously, in 2005. The following year Chubu Electric Power Co’s Hamaoka plant in Japan had to cut its power output while dealing with a jellyfish blockage. And in 2011, moon jellyfish swarms caused shutdowns at EDF Energy’s Torness Power Station in Scotland, UK, and at Florida Power & Light’s St. Lucie plant on Hutchinson Island in the US.

EDF Energy had to manually shut down both units at the plant “due to the high volumes of jellyfish fouling the cooling water screens,” said the operator, adding that the UK Office of Nuclear Regulation had been briefed on developments. “Reduced cooling water flows due to ingress from jellyfish, seaweed and other marine debris are considered as part of the station’s safety case and are not an unknown phenomenon. At no time was there any danger to the public. “There are no radiological aspects associated with this event and there has been no impact to the environment.” Three local trawlers ultimately helped clear the jellyfish from the vicinity of the Scottish plant. Meanwhile the Palm Beach Post provided a graphic account of the St. Lucie incident. “Travelling through the pipes at about 4.6 mph, the jellyfishes’ poisonous tentacles broke off,” it said. “Trash rakes and large, rotating metal screens that prevent debris from getting into storage tanks could not keep pace with the influx of dying and dead jellyfish.” Besides affecting the plant, the event killed up to around 75 goliath groupers, a protected fish species, which lived in the plant’s intake canal and were poisoned by jellyfish stingers in the water. “Several tons” of dead fish had to be removed from the canal, said reports.

It is not just jellyfish that can paralyse a power plant. In 2012, Pacific Gas & Electric’s Diablo Canyon facility, the only nuclear plant in California, had to power down after cooling water intakes filled with millions of sea salps, a barrel-shaped tunicate a few inches in length.
Admittedly, such events are still rare. The Palm Beach Post report states St. Lucie had experienced similar incidents three times before in the last 30 years.
However, the problem with jellyfish is that they are increasing in the majority of the world’s coastal ecosystems, according to a global study of the creatures carried out at the University of British Columbia (UBC) this year.
UBC scientists examined data for numerous species of jellyfish and found increasing populations in 62% of the regions analysed, including East Asia, the Black Sea, the Mediterranean, the Northeast US Shelf, Hawaii and Antarctica.
“There has been anecdotal evidence that jellyfish were on the rise in recent decades, but there hasn’t been a global study that gathered together all the existing data until now,” said Lucas Brotz, a PhD student with the Sea Around Us Project at UBC and lead author of the study.
“Our study confirms these observations scientifically after analysis of available information from 1950 to the present for more than 138 different jellyfish populations around the world.”

Brotz believes that humans may be partly responsible for observed increases in jellyfish populations, citing fishing, pollution, aquaculture, shipping, global warming and coastal development as possible contributory factors.
With jellyfish swarms already posing a challenge and set to become more common in future, nuclear plant operators probably need to start thinking about how to tackle the problem. So far none of the incidents recorded appears to have posed a threat to human safety.
But the standard response to clogged water pipes, which is to shut down the reactor while organic matter is cleared away, a process that can take several days, is hardly ideal from an operational or financial point of view.
At St. Lucie, Florida Power & Light was reported to have carried out measures to increase the robustness of the screens around the intakes and to have improved wildlife monitoring to be able to take appropriate action sooner.
It is not known whether other plants worldwide have carried out, or are contemplating, similar work. However, it should be under serious consideration and discussion not just internally, but with fellow plant operators and relevant companies within the supply chain.