The Detroit Chinese Business Association (DCBA) hosted a large delegation of executives from the China Association of Automobile Manufacturers (CAAM) at an event in Troy on June 13th which will most certainly lead to increased cooperation, collaboration and business between two of the largest automobile industries in the world. The event provided attendees ample opportunities for networking, learning about the Chinese automobile industry and steps in overcoming barriers between the two industry groups.

Following greetings from the Mayor of Troy, Dane Slater, and Jerry Xu, President of the DCBA, attendees heard from Mr. Yang Dong, Vice Chairman & General Secretary of CAAM. Mr. Dong provided a clear background and history of CAAM and communicated both the Chinese industry’s recent progress and current challenges in China becoming a formidable world wide automobile manufacturer. Mr. Dong explained the need for a more robust research and development (R&D) program both domestically and abroad. He also emphasized he was in the US on behalf of the Chinese Automobile Industry’s interest in learning more from the American automobile manufacturers.

The keynote speaker, Mr. Michael Liu, Chairman of Third Wave Group, elaborated on the need for a larger Chinese OEM presence in Southeast Michigan. Mr. Liu has been successful in building bridges between Chinese and US manufacturers, opening up markets and business opportunities in other industries. He specifically spoke of providing the same leadership, cooperation and collaboration in building a Chinese automobile R&D park in Southeast Michigan. Michael spoke of opportunities Michigan missed with several other Asian automobile manufacturers’ R&D facilities built elsewhere and that this present opportunity is here to be seized. Billions of dollars of economic development and employment are at stake for Michigan to seize the present opportunity with the Chinese Automobile manufacturers and not let it slip away.

Further presentations were provided by Mr. Shushong Wang, Partner of Miller Canfield and Mr. Steve Hilfinger, COO of the Michigan Economic Development Corporation (MEDC), along with a panel of experienced professionals who all provided learned voices on increasing business with CAAM and their members in Michigan. The panel, moderated by Bill Black, featured Mary Buchzeiger, COO of Sure Solutions, Ruby Yim, Senior VP and Partner at Fleishman Hillard along with James Cambridge, Senior member of Kerr Russell law firm, who were unanimously bullish on increased business opportunities between US and Chinese automobile manufacturing companies. The panel opined while hurdles remain regarding product integrity, regulatory compliance and development of closer relationships between businesses on both sides of the Pacific, the momentum was building for increasing business volume in our region with CAAM and others. 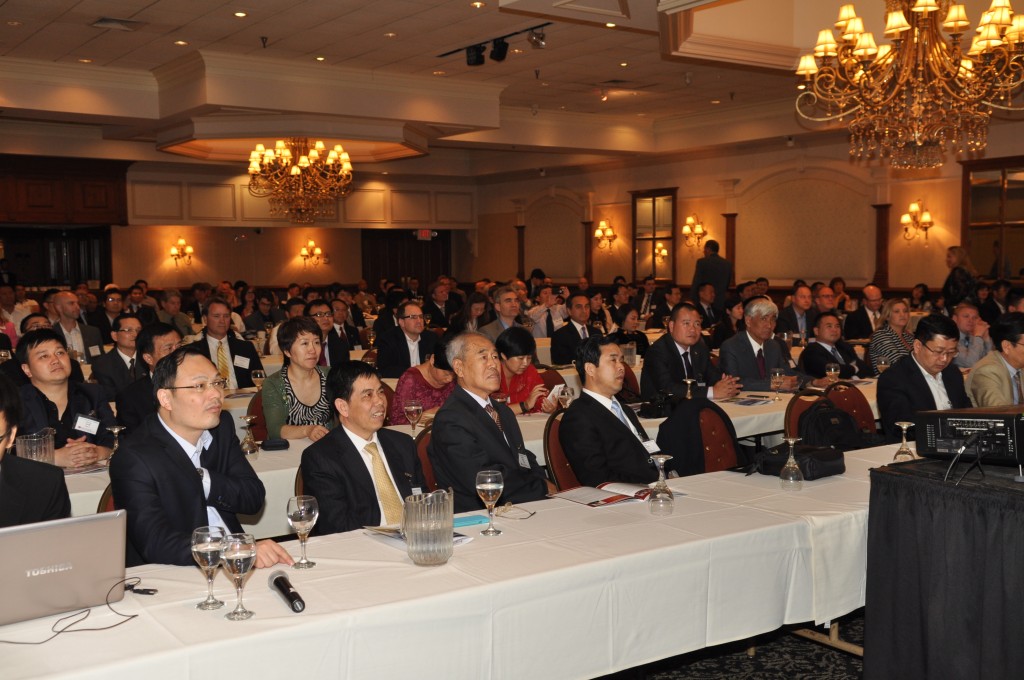