Former Farmington ‘rebel without a cause’ works on Greening Detroit

When John Carlos lived in Farmington, he was perhaps best known for tooling around in his step-father’s expensive cars, when he was much too young to drive.

Carlos attended Farmington High School starting in 1981, but ended up graduating from Birmingham Seaholm in 1985, after he was sent to live with his father. He credits a Birmingham alternative high school teacher, Roger Dunckel, with persistently encouraging him to get his high school degree.

“I was a wild card, a trouble-maker,” Carlos said. “I was a rebel without a cause, and now I have a cause and that is to serve the community.”

Carlos spends his time these days working out a small office in Southfield, connecting people and businesses through Greening Detroit. The company operates a “green” website that “highlights resources of new technologies and better ways of doing things.”

During a varied career that took him from owning a telecommunications to working with the Engineering Society of Detroit and U.S. Green Building Council, Carlos amassed a huge network of contacts. In May 2009, he launched Facility Engineering, which performs energy audits for commercial buildings, along with the “green”, information-packed website.

While Facility Engineering was supposed to be his primary business, Carlos said, “it soon became overpowered by Greening Detroit. At the time, there was no such thing as a directory.”

The site has evolved from three distinct sections to a dozen and has more than 5,000 pages of information about southeast Michigan. Greening Detroit recently launched a “Synergy Leaders” initiative, with a group of handpicked experts and leaders who meet and share ideas to find ways to work together.

“It’s all based on relationships and valuing synergies,” Carlos said.

Learn more about Greening Detroit and how you can connect with the organization at greeningdetroit.com. 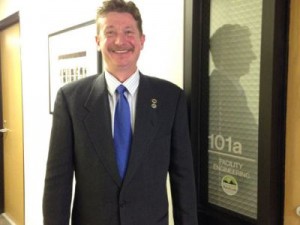 Green Task Force January Meeting Minutes THIS IS HOW THEY DO IT: In California