THIS IS HOW THEY DO IT: In California

The city of Sacramento has a flourishing public garden and park program, with now not only public plots but private businesses getting in on the movement to green the city and creating their own gardens. My guide through the many gardens Sacramento has to offer was Bill Maynard, Director of Community Gardens. This mini urban oasis feature many creative and innovative methods for repurposing and ensuring the whole community can utilize and enjoy the gardens. One garden I visited had ADA compliant, raised concrete beds to allow easy access for seniors, and another had a colorful snake made of chicken wire and sand bags for children to play on. Watering methods differed from garden to garden with some utilizing portable water provided by the city, and some had their own water collection system. One garden’s whimsical collection system used towering metal flowers that collected the rainwater and ran to a ladybug that served as a storage tank! Repurposed materials could be found in many of the gardens from trash art to one 25-year-old garden whose residents sectioned off plots with metal mattress springs.

Gardens aren’t the only way California is amping up its greening efforts. Sacramento’s Walgreen’s offers a parking space with a charging station for electric cars. I used public transportation and was impressed by the number of Alternative fueled buses on the road. I gladly stepped up to pay my fare. The city also provided designated bike paths on most of the streets and thoroughfare. Throughout the Downtown area solar parking meter pay stations were used. On Lakeshore Avenue in the City of Oakland they have installed compactors. Throw your trash away as you normally would- the sun-powered motor takes care of the rest. Wind turbines on the Altamonte pass dotted the landscape, but few solar arrays.
From public gardens, green transportation, and wind and solar powered city services, California proved its greening efforts to be uniquely innovative, functional, and fun!

My tour guide was Bill Maynard the Coordinator for the City of Sacramento. The City includes gardens with newly constructed public parks. They also use gardens as an interim land use (My suggestion for Detroit’s 1980 Master Plan). Residents pay a small fee for the year. ADA compliant garden beds, made of concrete, are raised for easy access. Some gardeners use water capture systems in addition to the potable water supplied by the City. In a sprawling garden more than 25 years old, residents have creatively sectioned plots with fences made of metal mattress and other repurposed materials. Two of the gardens that Mr. Maynard guided us through had ornate archways inviting us to step into a magical place. One had a water capture system that looked like towering flowers attached to a ladybug. And we were lucky enough to talk with two gardeners prepping for the season. Bill also showed me private gardens he supports. One owned by a local church uses about 20 contiguous residential acres.

Walgreen’s in Sacramento offers one parking space with a charging station for electric cars. As I surveyed the urban landscape I didn’t see any others, not to say that they don’t exist, they just weren’t in conspicuous places.
I used public transportation and was impressed by the number of Alternative fueled buses on the road. I gladly stepped up to pay my fare. As well bike paths are designated on most of the streets and thoroughfare.
Throughout the Downtown area solar parking meter pay stations are used. On Lakeshore Avenue in the City of Oakland they have installed compactors. Throw your trash away as you normally would. The motor powered by the sun takes care of the rest. Wind turbines on the Altamonte pass dotted the landscape, but few solar arrays. 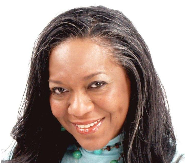 Tina Riley-Humphrey is a native Detroiter, Entrepreneur and Public Speaker. She holds degrees in Geography specializing in Urban Agriculture and GIS. She is also a Tax Professional specializing in energy credits and deductions. In addition, she has many years of experience as a Program Manager and Educator. She is a co-founder the first African centered grade school in Michigan.Her maps are published in several academic journals and publications. Tina is a member of Women of Waste (WOW) a local networking group for women interested in sustainability and the meeting recorder for the city of Detroit’s Green Task Force. She also volunteers with the Green Garage and is the co-chair of the garden club for the People for Palmer Park. Ms Riley-Humphrey enjoys cycling, skating, new technology, gardening, camping and vegan gourmet eating.