The most popular meme of the decade just might be the hack. Hack your diet, hack your fitness, and hack your job. Rich Roll, Ultra Athlete and bestselling Author, will be in Michigan October 26th and he launches a plea to forget short-cuts and the insatiable drive for instant gratification. An appeal to not only slow down, but to invest in the journey. An inspirational and illuminating look at the insanity that drives us away from the goals, success and life satisfaction we so desperately seek.

The night before he turned 40, Rich Roll had what he calls a “moment of clarity.” Overweight and out of shape, Roll had to stop to catch his breath while walking up the stairs of his Southern California home. Roll, now a father of four, feared he was close to a heart attack.

That low point prompted the entertainment attorney and former college swimmer to lose weight and get healthy. Roll not only followed through on his promise to himself and his family, he transformed his body and his life.

The day immediately following his staircase epiphany, Rich overhauled his diet, became a dedicated vegan, put on his running shoes and jumped back into the pool.  It wasn’t long before ambition took hold and his quest to participate in Ultraman slowly began.  Two years later, 50 pounds lighter, and fueled by nothing but plants, he surprised the triathlon & ultra-communities by not only becoming the first vegan to complete the 320-mile über-endurance event, but by finishing in the top 10 males (3rd fastest American) with the 2nd fastest swim split  all despite having never previously completed even a half-ironman distance triathlon.

Not only did Roll finish the race, he placed 11th overall. He went on to compete in more endurance events, including EPIC5, finishing five Ironman contests. “The power to change resides within all of us,” says Roll. “It only requires a decision followed by a commitment to small doable actions repeated regularly because baby steps move mountains.”

In 2012, Rich became a #1 bestselling author with the publication of his inspirational memoir Finding Ultra: Rejecting Middle Age, Becoming One of the World’s Fittest Men, and Discovering Myself (Crown Archetype).  Taking up where the book leaves off, in 2013 Rich launched the wildly popular Rich Roll Podcast, which persistently sits atop the iTunes top-10 lists.

But what makes Rich truly remarkable is that less than two years prior to his first Ultraman, he didn’t even own a bike, let alone race one. Although he competed as a butterfly swimmer at Stanford University in the late 80’s, Rich’s career was cut short by struggles with drugs and alcohol — an addiction that led him astray for the next decade, alienating friends, colleagues and family, landing him in jails, institutions and ultimately rehab at age 31.

Today, Rich Roll’s plant -fueled feats of boundary-pushing athleticism have been featured on CNN and in the pages of the Los Angeles Times Sunday Magazine, The Huffington Post, Stanford Magazine, Men’s Health Living, VegNews, Triathlete, Outside, 3/GO Magazine and Men’s Fitness Magazine, which named Rich as one of the “25 Fittest Men in the World.” 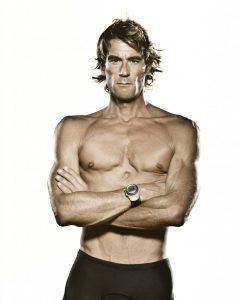 PLEASE NOTE: ONLINE PRE-PAID DISCOUNT TICKETS ARE AVAILABLE UNTIL THE EVENT IS SOLD OUT, OR, UNTIL 12 MIDNIGHT ET THE DAY BEFORE THE EVENT, WHICHEVER COMES FIRST.

The Plant Based Nutrition Support Group (PBNSG) empowers all who want to optimize their health by following a plant-based diet, championed by its founder, Paul Chatlin(West Bloomfield) and supported by experts such as Dr. Joel Kahn, M.D.,(West Bloomfield) Dr. Michael Greger, M.D., and Dr. Caldwell Esselstyn Jr., M.D., PBNSG offer resources to empower individuals and families to consider taking charge of their health, and seek ways to help accelerate the adoption of WFPB in communities, cities, counties, states, the US, and the world.

The views expressed by the writers, contributors, and Directors at PBNSG are for informational purposes only. Always speak with your physician before making any changes to your current lifestyle. Any reference to any specific commercial product, service, seminar, or process does not necessarily constitute or imply its endorsement or recommendation by the Plant Based Nutrition Support Group (PBNSG). Views and opinions expressed by authors and presenters, or the inclusion of external hyperlink(s) does not necessarily reflect or imply endorsement or the agreement of PBNSG. Seek advice from your Health Care Professional before making any changes to your current lifestyle.

➡️ Click Here To Be Introduced To Plant Based Nutrition Support Group