HALLOWEEN AND HEALTHY INGESTION OF SUGAR

Halloween is just a few days away! What does Halloween mean? Costumes! Witches! Pumpkins! And candy! Candy has been long associated with ghouls and monsters and Halloween. Many parents worry about their children eating too much candy and the increased sugar intake. Children tend to be the ones who eat the majority of the candy around Halloween but adults are known to have too much as well. END_OF_DOCUMENT_TOKEN_TO_BE_REPLACED

THE IMPORTANCE OF ROUTINE MAMMOGRAMS

October is Breast Cancer Awareness Month and a great time to talk about the importance of routine mammograms. I’m dedicating this blog to mammogram basics. What are mammograms and how do they help detect breast cancer? What can you expect during this procedure? END_OF_DOCUMENT_TOKEN_TO_BE_REPLACED

WHY DOES MY STOMACH HURT? 5 THINGS THAT CAN UPSET YOUR TUMMY

Your stomach is at the very core of your being. If it’s upset to the point where you are feeling actual pain, that’s a problem you want to solve right away. It can truly interfere with the course of your day if you are running in and out of the bathroom, trying desperately to feel better. Maybe you just accept the fact that you have a sensitive stomach, or you might be aware of certain diseases that cause tummy troubles, such as colitis, Crohn’s disease, or irritable bowel syndrome. Those all require special forms of caring for your body to prevent symptoms and flare-up’s with the right diet and medication.

END_OF_DOCUMENT_TOKEN_TO_BE_REPLACED

Let’s talk about sun safety a critical topic for adults and children. More than 1.2 million cases of skin cancer are diagnosed in the United States every year. Melanoma, the deadliest form of skin cancer, kills one person every hour. END_OF_DOCUMENT_TOKEN_TO_BE_REPLACED

Do you have good sleep hygiene? 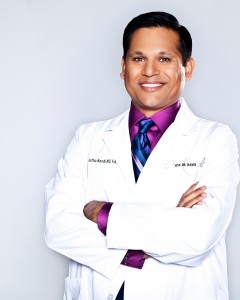 Early to bed, early to rise isn’t the only thing that you need to do to get a good night’s sleep. If you are having a hard time getting a good night’s rest here are some tips to follow.

LANSING, Mich. – For the fourth consecutive year, “Ask Dr. Nandi” has qualified for an incentive award from the Michigan Film & Digital Media Office. The medical lifestyle show hosted by Dr. Partha Nandi airs on seven networks in 79 countries and boasts an audience of 85 million viewers. The show combines medical advice with informal conversations about fitness and nutrition.

“’Ask Dr. Nandi’ has connected with audiences, and has presented health-care information in an accessible format,” said Jenell Leonard, commissioner of the Michigan Film & Digital Media Office. “Filming in Michigan, the show has attracted work for the state production community, and has had a positive impact on the local economy.” END_OF_DOCUMENT_TOKEN_TO_BE_REPLACED

Friday the 13th, a day typically shrouded in superstition and negativity got a make-over at the #313DLove event held on March 13th, 2015, now known as Detroit Day. Held at the Charles H Wright Museum, #313DLove brought together some of the top innovators in the Detroit community to share their stories, how they are apart of Detroit’s uprising, and ultimately their undying love for Detroit. END_OF_DOCUMENT_TOKEN_TO_BE_REPLACED 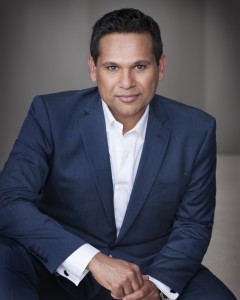 ARE YOU OR SOMEONE YOU KNOW DOING AMAZING THINGS AROUND DETROIT? END_OF_DOCUMENT_TOKEN_TO_BE_REPLACED