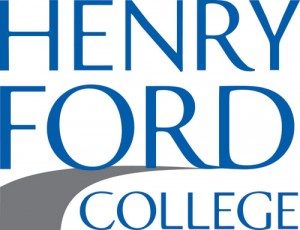 Students Can Save Approximately $32,000 by Enrolling at Henry Ford College

News Summary: Register today at Henry Ford College for Fall 2017. Select from more than 120 academic programs to drive your future at one of southeast Michigan’s most affordable colleges. The fall semester begins Thursday, Aug. 24.    END_OF_DOCUMENT_TOKEN_TO_BE_REPLACED

News Summary: Henry Ford College has named Rhonda DeLong, of Ypsilanti, as its new director of marketing and communications. She will begin in early July. END_OF_DOCUMENT_TOKEN_TO_BE_REPLACED

chee chee Green News You Can Use board of trustees, Henry Ford College, members

News Summary: The Henry Ford College Board of Trustees named Celia Nasser as its newest member at the June 19 meeting.

June 27, 2017, Dearborn, Mich. — At the Henry Ford College (HFC) Board of Trustees Meeting on June 19, Celia Nasser was sworn in as its newest member.

Nasser, of Dearborn, replaces Mariam Bazzi, who officially resigned from the Board on May 22 upon being appointed judge for the Wayne County Circuit Court by Gov. Rick Snyder. Nasser will finish the remainder of Bazzi’s term of office until the next general election on Tuesday, Nov. 6, 2018. The Board oversees both HFC and the Dearborn Public Schools. In fact, HFC is the only community college in the state of Michigan to be affiliated with a P-12 school district.

Nasser is an alumna of Fordson High School in Dearborn. During her time at Fordson, she was dually-enrolled at HFC. She also played on the girls tennis team, making it to the State Finals for two seasons. After graduating in 2006, she attended the University of Michigan-Dearborn (UM-Dearborn), where she graduated with her undergraduate degree in business administration/management in 2009. From there, she attended the University of Arizona (UA) in Phoenix, where she graduated with her master’s degree in public health in 2011.

“I am proud to say that I am a graduate of the Dearborn Public Schools. I truly believe that I have a duty to repay the school district and the Dearborn community for the opportunities that have been given to me. I am also strongly committed to the continued success and viability of our school system so it benefits all of Dearborn and beyond. I have a vested interest in the long-term success of this district – both HFC and P-12 – because this is where I grew up and this is where I’m raising my family,” said Nasser.

In 2012, Nasser opened Yogurtown, which serves frozen yogurt. The original store opened in Dearborn. There are now three locations in Wayne County. She earned the Arab American Entrepreneur of the Year Award in 2014 for Yogurtown, which has the capability of operating under its own trademark.

Bazzi, along with retired Board Trustee Joseph A. Guido, expressed their support for Nasser. In fact, Bazzi recommended Nasser without hesitation.

“Celia is a very shrewd businesswoman. That business savvy and expertise will be make her an invaluable asset to the Board. I have seen first-hand her ability to engage in debate without getting personal. She maintains her composure and actively listens to all sides before rendering a decision. She is thoughtful in her deliberations and aware of how her actions affect other people. She is open-minded enough to reflect and change her opinion when the result would be in the district’s best interests. All in all, she works hard, shows great initiative, is very diplomatic – all of which are traits benefitting a board member,” said Bazzi.

“She embodies the characteristics required of a board trustee. She has an open mind, sound judgment, conviction of purpose, strong analytical skills, and – most importantly – a willingness to deliberate and reflect before reaching a conclusion. I am confident that she will continue drawing upon these attributes as a board trustee,” said Guido.

Click here to be introduced to Henry Ford College

News Summary: Jennifer Cline, a Henry Ford College alumna, is the co-founder/coordinator of Lewis and Clark Community College’s new Honors College, which is set to launch this fall. END_OF_DOCUMENT_TOKEN_TO_BE_REPLACED